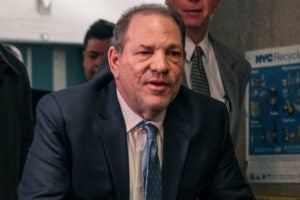 ”Invisible Man,“ which opens Friday, is the first in what Universal hopes will be a series of modern spins on their stable of monsters

After Universal Pictures bet big bucks on “The Mummy” only to see the planned Dark Universe fall into Hollywood infamy, the studio is now trying to revive classic horror icon “The Invisible Man” with a mix of Blumhouse’s low-budget strategy and topical storytelling reminiscent of Jordan Peele’s recent hits.

“The Invisible Man,” which is based both on H.G. Wells’ 1897 novel and the original 1933 Universal horror film adaptation, stars Elisabeth Moss as Cecelia, a woman desperate to escape an abusive marriage to a wealthy, brilliant but violent scientist. After running away with the help of friends and family, Cecelia is shocked to discover that her husband has committed suicide and left her with a huge inheritance. But as she soon discovers, her husband is not only alive but has found a way to turn invisible, leaving Cecelia struggling to prove that she is being hunted by someone no one can see.

Clearly, hot button topics abound in this tale from “Saw” and “Insidious” creator Leigh Whannell. Gender power structures, gaslighting and society’s tendency to not believe abuse victims when they come forward are all core themes. This is nothing new for horror. The genre’s capacity for social commentary goes back centuries, from Mary Shelley’s “Frankenstein” to Jordan Peele’s acclaimed films “Get Out” and “Us,” both of which were box office hits for Universal and led the studio to make a first-look deal with Peele’s Monkeypaw Productions.

But taking this approach with one of Universal’s oldest IP is far different than what they previously planned. “The Invisible Man” was once supposed to be part of the Dark Universe, Universal’s attempt to take a page from Marvel Studios and make a series of interconnected films starring the likes of Dracula, Frankenstein, The Wolfman, and The Mummy, the last of which was the launch of the series with a 2017 creature feature that starred Tom Cruise, Russell Crowe and Sofia Boutella in a blockbuster with a $150 million budget.

“The Mummy” didn’t lose money for Universal, but its $410 million global gross and poor reception from critics and audiences were not the strong foundation that a cinematic universe needs. A year later, “The Mummy” director and Dark Universe co-runner Alex Kurtzman left the Universal lot to take a deal with CBS overseeing the development of new “Star Trek” shows for streaming. Universal quietly brought the Dark Universe to an end, shuttering it along with plans for an “Invisible Man” with Johnny Depp in the title role.

Whannell’s “Invisible Man” is the first in what Universal hopes will be a series of modern spins on their stable of monsters, but there will be no attempts to build a cinematic universe this time. Instead, each new film will be stand-alone and driven by a filmmaker’s vision, with future projects including titles like “Renfeld,” a film about Dracula’s henchman that has “Bohemian Rhapsody” and “Rocketman” director Dexter Fletcher attached with “Walking Dead” creator Robert Kirkman holding story credit.

Studio sources also tell TheWrap that while Dark Universe started with a PG-13 blockbuster, there will be no limit on rating or budget size. “The Invisible Man” is a Blumhouse production, and with it comes the studio’s trademark microbudget strategy. With a $7 million production budget and no pressure to produce a sequel, the film will have a far higher return on investment than “The Mummy.”

However, that doesn’t necessarily mean that Blumhouse will be handling all of these modernized classics. Universal is planning to keep everything flexible so that both concept and director can have a bespoke approach. Instead of fitting every film into a cinematic universe framework like a round peg in a square hole, Universal is going to focus on the needs of each individual project.

Now the question is, will audiences respond? Right now, box office analysts are predicting an opening weekend for “The Invisible Man” in the low $20 million range. If it reaches a $26 million start, it would match the opening weekend of the 2017 film “Happy Death Day,” Blumhouse’s last film to open to over $20 million with a production budget of less than $10 million. The film also doesn’t have a Rotten Tomatoes score as of this writing. If critics respond well to Whannell’s timely themes, it may increase audience interest and push the film towards a $30 million opening.

“Dark Universe” came about at a time when Universal was finding ways to expand their tentpole stable; but in the years since, the success of the “Jurassic World” franchise and animated films from DreamWorks and Illumination has given the studio all the reliable blockbusters it needs. Now, the likes of “Dracula” and “The Invisible Man” can instead add to Universal’s series of low-risk/high-reward horror titles that have served as a reliable source of revenue in between the tentpoles.

“Universal has been known to adjust and respond to audience desires. One need only look at the change in direction that they took with the ‘Fast & Furious’ franchise to see how the studio has turned such changes into box office gold,” Comscore analyst Paul Dergarabedian told TheWrap.