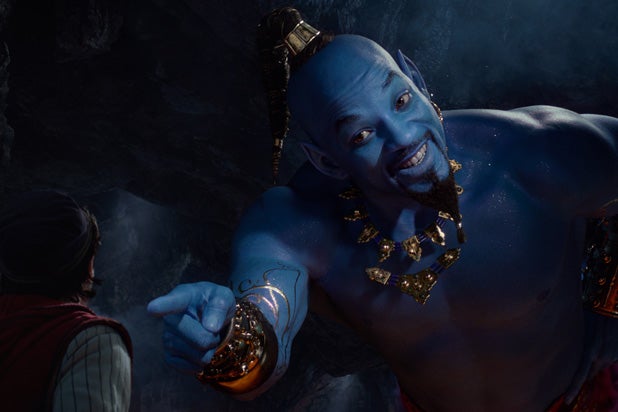 Once upon a time, Memorial Day weekend was circled on every movie theater chain’s calendar as a critical weekend, marking the start of the summer blockbuster season with the release of films what would end up on end-of-year top 10 box office charts.

But, while still potentially a good spot to release a hit film, Memorial Day is no longer the pivotal moneymaker it once was. Back in 2013, a Memorial Day weekend combined record was set with “Fast & Furious 6” leading the box office to $314 million. But since then, there hasn’t been a weekend that has ranked among the top five in Memorial Day box office history. The highest combined gross for the holiday in the past five years is 2014, when “X-Men: Days of Future Past” was the No. 1 film and $231 million was the final count.

This last weekend, Disney’s “Aladdin” had a strong opening with a $116 million 4-day weekend. But the combined total box office of $230 million was barely better than last year’s $227 million total.

So what changed? The main difference is that studios aren’t packing the holiday weekend with other films that provide additional support to the box office as a solid No. 2 or No. 3 opening.

Jeff Bock at Exhibitor Relations points to the broadening of the release calendar, as studios are reaching out and finding that they can release hit films in February and September. Why release a rom-com like “Crazy Rich Asians” or a family animated film like “The Lego Movie” in the heat of summer season when it can be released at a time when fewer big blockbusters are grabbing audiences’ attention?

“Marvel has pushed the start of the summer season to the start of May, and even after their films come out, big blockbusters like ‘Deadpool 2’ and ‘Detective Pikachu’ come out between then and Memorial Day,” Bock said. “Then you have Disney putting out a blockbuster every year and there’s not much of an incentive for a big studio to put out a film in the middle of such anticipated competition, unless you have a really cheap film like ‘Brightburn.'”

Also Read: 'Godzilla: King of the Monsters' Stomps Into Box Office as 'Aladdin' and 'Rocketman' Duel

But this weekend, while “Aladdin” nearly matched the opening of “F&F6,” the film that took No. 2 on the charts was a second-weekend “John Wick: Chapter 3” with $30 million. The two other films that opened this past weekend, the superhero-horror mashup “Brightburn” and indie coming-of-age dramedy “Booksmart,” made a combined $18.3 million and came in fifth and sixth.

Memorial Day 2020 might be a little bit better. Disney won’t have a film on the holiday schedule for the first time in seven years, but taking its place will be the latest installment in Universal’s flagship franchise, “Fast & Furious 9. ” Meanwhile Paramount might provide the support that the weekend has been missing for so long with “The Spongebob Movie: It’s A Wonderful Sponge,” an animated sequel to 2014’s “Sponge Out Of Water,” which opened to $55 million.

If both of those franchises deliver as they have in the past, Memorial Day weekend might be back to its previous status as one of the most important dates for the summer box office.