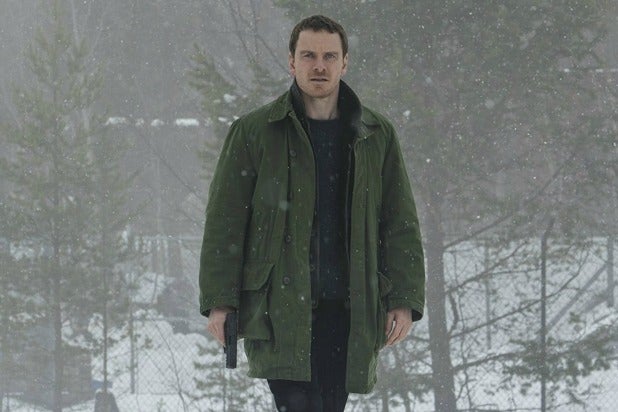 “The Snowman” is one of the most fascinatingly awful movies of the past few years, for several reasons. It’s got a pretty solid director, Tomas Alfredson of “Let the Right One In” and “Tinker, Tailor, Soldier, Spy” fame. It’s got a really quality cast, with Michael Fassbender, Rebecca Ferguson, Charlotte Gainsbourg, JK Simmons, Val Kilmer and Toby Jones. And it’s based on the seventh book in the acclaimed Harry Hole series of Norwegian mystery novels by Jo Nesbø.

And yet the movie, about an elite crime squad’s hunt for a serial killer, is a total disaster, with a plot that makes absolutely no sense and impossibly bad ADR for a couple characters that makes their scenes feel like jokes. And it sports a 7 percent rating from critics on Rotten Tomatoes.

The whole thing is incredibly interesting, which is how I’m justifying to myself having watched it four times since it came out on home video this month. Since the movie flopped pretty hard theatrically, pulling in just $6.7 million domestically, I decided to revisit this point now since far more people will watch it on home video — an ecosystem in which a lot more folks go into movies blind, oblivious to the madness they’re about to experience.

In any case, “The Snowman” is that rare bad movie where somebody involved actually tried to explain why it’s bad. Usually the people involved just pretend it’s just a regular competently made movie. But not so here.  Here’s what Alfredson said about the behind-the-scenes struggles to the Norwegian Broadcasting Corporation (or NRK) back when the movie was first released in October.

First, they apparently got off to a bad start, not having enough prep time before being sent off to shoot the movie.

“It happened very abruptly,” Alfredson said, as translated by Yahoo! Movies UK. “Suddenly we got notice that we had the money and could start the shoot in London.”

And once they got started, Alfredson said, they apparently didn’t have enough time to actually shoot the whole script.

“Our shoot time in Norway was way too short. We didn’t get the whole story with us and when we started cutting we discovered that a lot was missing,” Alfredson said, estimating that as much as 15 percent of the screenplay was missing from the footage they’d shot.

“It’s like when you’re making a big jigsaw puzzle and a few pieces are missing so you don’t see the whole picture.”

Which, yes, that’s exactly what the movie feels like. When I tried to describe it to my friends I compared it to a hypothetical version of “Tinker, Tailor, Soldier, Spy” that was missing all the little parts that tie the thing together into a coherent whole.

It’s not clear exactly where he’s laying the blame for these issues — whether it be the studio (Universal) or one or more of the production companies involved (Working Title, Perfect World, Another Park). But he is definitely not blaming himself or screenwriters Peter Straughan, Hossein Amini and Søren Svestrup.