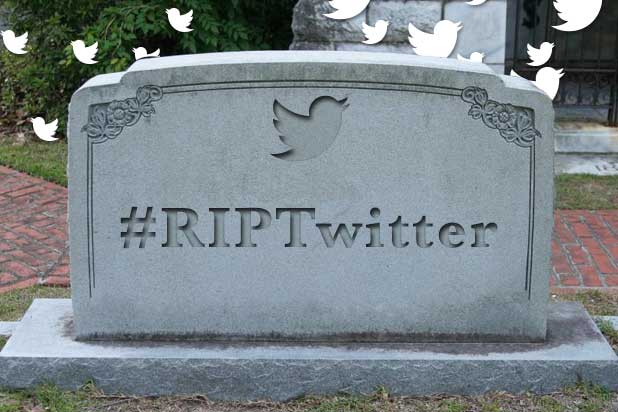 A proposed change to the Twitter feed that its most hardcore users revile may be just what media companies revere —  and key to the struggling company’s growth.

Since its launch in 2006, the social network has been known for its real-time delivery of short messages in chronological order. But the company faced an outcry over the weekend after BuzzFeed News reported it may abandon that approach for a system that would prioritize buzzy items of interest or posts that a user missed while away, in a way that’s similar to rival Facebook.

To Twitter diehards, it’s blasphemy. But for media and entertainment companies, the modifications could help detangle two of Twitter’s chief hindrances, audience growth and video shelf-life. If Twitter can make its network a friendlier place for newbies, where relevant content has a simpler path to an interested viewer, music and entertainment companies would welcome the change. Content could reach more people, and find the right ones more easily.

The tempest came just ahead of Twitter’s quarterly financial report Wednesday, and coincided with the Super Bowl, the one event every year that spurs the most people to willingly watch video advertising as entertainment. Comparing video viewing on chronological-adherent Twitter to Facebook, its larger rival that uses a software algorithm to determine the posts you see, provides one peek at what may happen if Twitter shifts.

Sean Muller, CEO of iSpot.TV, a technology company that tracks and measures national TV advertising, noted that peak time for Super Bowl social interactions is during the event itself, with chatter quickly dying down after.

But with video on social networks, it’s the opposite, he said. Video views of Super Bowl ads in real-time pales in comparison to the following day, which is the main event for video interactions with the ads.

Also Read: #RIPTwitter No. 1 Trending Topic on Twitter Over Report of Planned Changes

The stakes are high for co-founder Jack Dorsey, who returned as CEO in October and oversaw an exodus of five top executives last month. The financial report Wednesday is not expected to be cheery, with Wall Street analysts estimating stagnant profit, holding steady at 12 cents a share on average. All eyes, however, will be on the active user growth, and the 45 percent tumble in Twitter’s shares over the last three months suggests investors don’t expect a pleasant surprise there either.

The problems plaguing Twitter as a company are the same that hinder video and other media content on the site. The network’s peculiar culture and rules, with hashtags and character-count limits, can make it unwelcoming to the unacquainted (crimping audience), and even people who use it often still miss things whenever they look away (which inhibits companies seeking to target particular groups).

“What is going to get your mom to join Twitter?” Wedbush analyst Michael Pachter said to TheWrap. “There’s no guidance about what you should do or not do, and if you follow more than 30 people, your feed fills up every 15 minutes.”

Combined, the two problems have Twitter’s growth in a tightening knot. User growth has dwindled ever since Twitter began reporting the stats as a public company in November 2013.

Compare that to larger rival Facebook. Last month, that social network said 200 million more people visit its sites at least once a month versus a year earlier, bringing its total to 1.59 billion. Facebook’s growth in one year equates to two-thirds of the monthly active users Twitter has accumulated over its nearly 10-year lifetime, 320 million people.

Changing Twitter’s timeline to be more like Facebook’s could help Twitter address its growth problem, and help video.

Twitter already allows companies to pay to ensure that their content is seen longer and by more people. The company’s Amplify program packages a short excerpt of content with an ad and delivers it to targeted members. Promoted Tweets surface postings to specified audiences in their home timeline.

By embracing different algorithms, Twitter’s feed may start doing all that naturally.