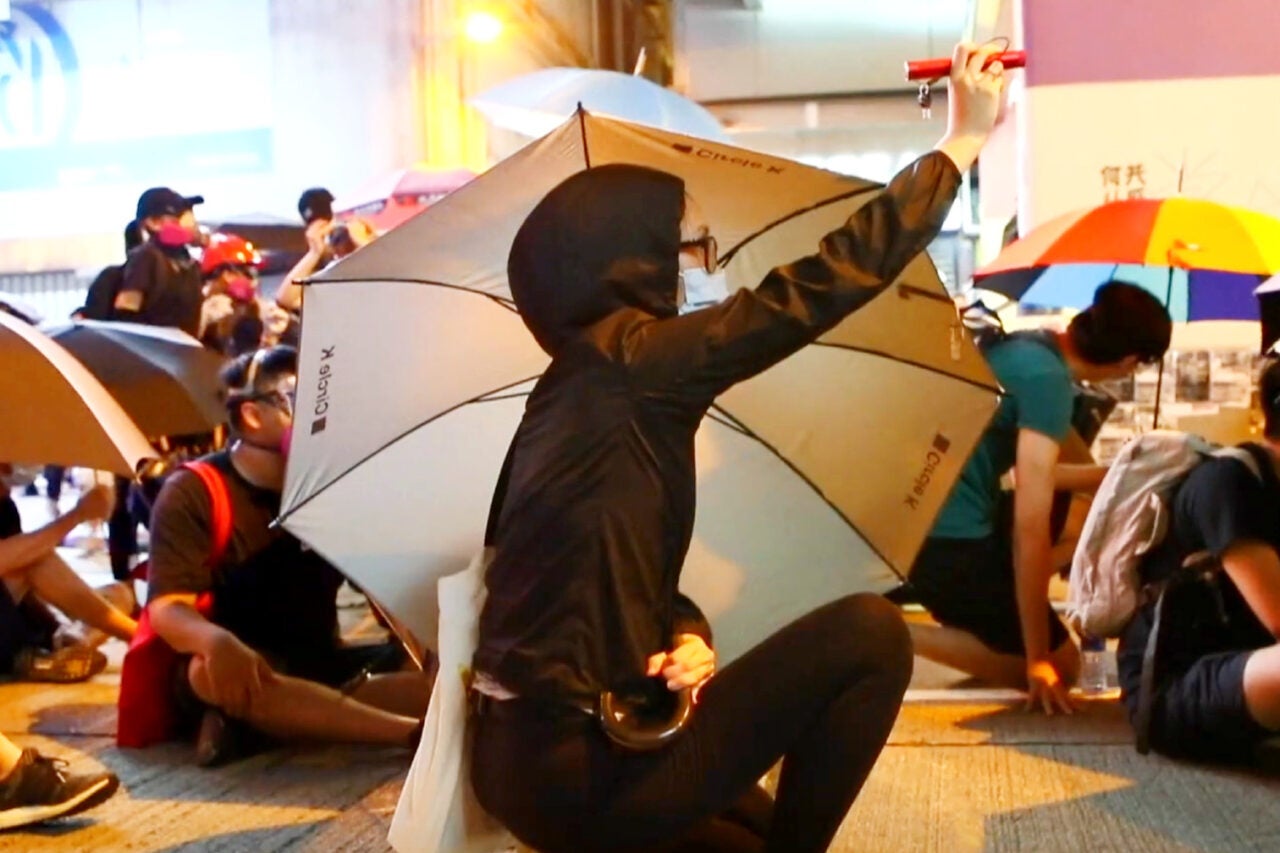 Since premiering at Sundance in January 2020, “Do Not Split” has won praise on the festival circuit for its intense, street-level depiction of the 2019 Hong Kong protests against a harsh extradition law. The 35-minute film (available to stream for free via Field of Vision) was nominated on March 15 for the Best Documentary Short Subject Oscar. That was when Norwegian director Anders Hammer received the best “worst review” of his career.

A March 17 article in China’s state-run Global Times stated that the short film “should not win the award as it lacks artistry and is full of biased political stances.” Citing unnamed Chinese film industry sources, the article continued, “The Oscars should not be reduced to political tools; otherwise, it will hurt Chinese audiences’ feelings and may lead to a heavy loss in the Chinese film market.”

Hammer, 43, grinned during a Zoom conversation with TheWrap from his home in Norway when the topic came up.

“Bad reviews always hurt,” he said sarcastically. “This was the reaction from the Beijing government that we expected. This is what they do. I laughed out loud while reading parts of that, but it’s actually not funny. Because basic democratic human rights are disappearing from Hong Kong due to the politics of Beijing – but also because you can see there is a threat being made through that article. China is clever to remind us that they have the biggest cinema audience in the world.”

Hammer added, “China does not have a reputation for acting democratically when it meets resistance. And they are obviously afraid that large segments of their population could turn against them.”

To be sure, as reported by Bloomberg, China’s government reacted to the nominations quickly, issuing an order instructing media outlets “that Oscars coverage should focus on awards that aren’t seen as controversial.” This potentially could include the cancellation of the live telecast of the awards show in China or the censorship of certain categories from the broadcast, such as Documentary Short Subject.

Or Best Director. The success of Beijing-born “Nomadland” frontrunner Chloé Zhao has received a mixed reception in her home country. Following Zhao’s Golden Globe wins for Best Picture and Best Director, a 2013 interview with Filmmaker Magazine resurfaced in which she referred to China as “a place where there are lies everywhere,” sparking a backlash on Chinese social media. (At present, “Nomadland” is still scheduled to open in the country next month. Zhao’s large-scale Marvel movie, “Eternals,” is slated for the fall.)

Hammer addressed his film’s unique connection to “Nomadland,” which he has not yet seen. “The reaction is similar on a general level, but ‘Nomadland’ is set completely in the U.S. It has nothing to do with China policy. If the Beijing government rearranges plans to release the film in China, it would be a shame. But not unexpected.”

Hammer studied political science and has spent half his life reporting from conflict zones, like Afghanistan and Iraq. Despite his own perspective on the tension between mainland China and the Hong Kong protesters, his goal was to present a film with three different perspectives: the pro-democracy protestors in Hong Kong, the pro-China faction and the police. All three are vividly on view during a near-riot that breaks out at a shopping mall in “Do Not Split.” But the director said he met strong resistance in attempting to access the latter two groups.

“It was impossible to conduct a proper interview with the police,” he said. “Other reporters were laughing at me when I said I wanted to interview the police. So that didn’t happen. And they became more aggressive to foreign reporters after awhile. And the pro-China supporters didn’t trust me or any journalists there. They were calling us corrupted and fake all the time. As a journalist, if you can’t have any access whatsoever to a group, it’s really hard to tell their story.”

And so the film consists largely of the young protestors fighting for democracy in Hong Kong. That the film favors their point of view is a crux of China’s criticism against it. But almost as if to rebut the notion that he’s merely a puppet for celebrating the protesters, Hammer begins “Do Not Split” with a scene of protesters lighting a fire inside a closed bank lobby. The use of force and its efficacy is discussed frankly among protesters in the film.

“I wanted to go as deep psychologically as possible,” Hammer said. “My aim was to get as close to the protesters’ experience. And to see what repeated trauma does to these very young people, most just in their 20s. They are risking their futures. I’m older and I’m a foreigner, so even when I’m moving along with my camera in the street, I don’t have any of the mental and physical pressure on me like these protesters do.”

Though the protests took place the year before COVID-19 swept across the planet, face masks hold a political power, as seen in the film. They were common in Hong Kong during a 2003 SARS breakout, and said Hammer, “the protesters used masks to hide their faces but also to remove any sense of hierarchy or leadership among them. They are one big mass together. The masks were very symbolic.” (Somewhat ironically, given what was right around the corner, China banned face masks in October 2019.)

Hammer stressed that there is one fundamental reason to explain why the China government suppresses coverage of the protests in Hong Kong: fear.

“The government in Beijing is very scared. Very, very scared what the protests in Hong Kong can lead to in mainland China. That’s why the censorship was going on like crazy all the time during the protests. That’s why they reacted this way to our film being nominated for an Oscar. It’s not a surprise at all.”

He smiled while pointing out how the Chinese government’s freakout over his film has a tremendous potential to backfire. “They are certainly helping to promote the movie and to bring more attention to the cause for human rights in Hong Kong. So I probably should thank them.”

He added, “Unfortunately they don’t like to communicate directly.”