Wilko Johnson, a “Game of Thrones” actor and British rocker who served as the guitarist for Dr. Feelgood, has died. He was 75 years old.

According to Johnson’s official Facebook page, he died peacefully in his sleep at his home in Westcliff-on-Sea, England, on Monday. A cause of death was not disclosed.

“Thank you for respecting Wilko’s family’s privacy at this very sad time, and thank you all for having been such a tremendous support throughout Wilko’s incredible life,” the post added. 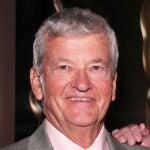 Born in 1947, Johnson grew up in Canvey Island and went on to study English at Newcastle University and work briefly as a school teacher.

In 1971, he formed the rock band Dr. Feelgood with a group of local friends, which performed across countless stages and venues in the United Kingdom throughout the mid-70s. Johnson left the band in 1977 following conflicts with its lead singer Lee Brilleaux, who died in 1994.

He joined Ian Dury’s band The Blockheads in 1980, continuing to gig in the UK, Europe and Japan through the ’80s and ’90s.

In 2010, his career took a turn when he was offered the role of silent executioner Ser Ilyn Payne on “Game of Thrones.” He would appear in four episodes shown in 2011 and 2012. 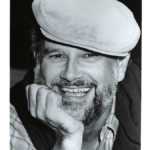 In 2012, Johnson was diagnosed with terminal pancreatic cancer. He decided to go on tour and record the album “Going Back Home” with The Who’s Roger Daltrey. The album went on to be a hit, climbing to No. 3 on the UK album chart.

In 2014, Johnson revealed he was cancer-free. He went on to release another album in 2018 entitled  “Blow Your Mind,” and played gigs with his Wilko Johnson Band until last month.

He is survived by his sons Simon and Matthew and grandson Dylan.