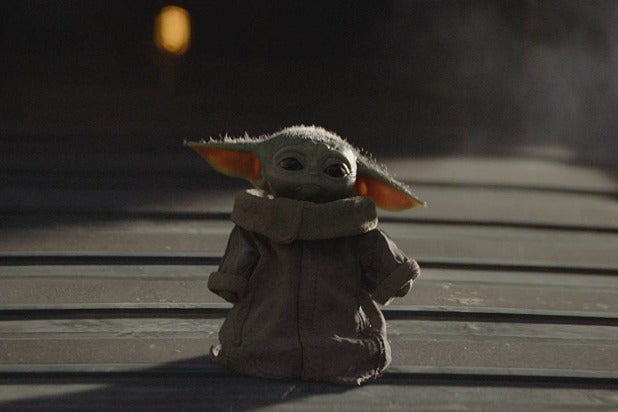 We’re just days away now from “Star Wars: The Rise of Skywalker,” a film that Disney has been pushing as the culmination of the main numbered saga of “Star Wars” movies. The films are going on hiatus after that, before returning in a few years as some kind of cinematic universe that may or may not be freed from the constraint of the numbered episodes. But it’s really “The Mandalorian” that is ushering in the new era for the franchise, as the first live-action “Star Wars” TV show, the source of the beloved Baby Yoda, and a new and different way for the franchise to tell its stories.

So as we try to make guesses about what’s in store for us next week as the big screen story allegedly comes to an end, I can’t help but ponder the release schedule for episodes of “The Mandalorian” and how it lines up perfectly for some kind of crossover with the movie. The seventh episode will land on Disney Plus the same day that “The Rise of Skywalker” comes out, with the season finale coming a week later. It’s hard to imagine that the schedule fell this way purely on accident.

It seems more likely, at least to my mind, that Disney arranged the launch of Disney Plus to put those episodes where they are. And that they did that because “The Mandalorian” ties in closely to “Episode IX” beyond just taking place in the same universe.

The question then becomes what that tie could be. If there is a tie, then having a character be in both things seems very possible. Thus far, none of the characters who have appeared on “The Mandalorian” are slated to show up in “The Rise of Skywalker.” But since the marketing for the film has been so light on details there are a limited number of things that we can make educated guesses about.

But one thing we can easily make guesses about is the reason why the dead Emperor would be back and what he has to do with all this. My assumption is that his Force ghost orchestrated the remnants of the Empire reforming into the First Order. And maybe the Empire wants Baby Yoda in “The Mandalorian” for some kind of ritual that would make the Emperor stronger.

This idea opens up the possibility that Baby Yoda could pop up in “The Rise of Skywalker,” perhaps in a flashback. Or maybe Baby Yoda could show up in the present and help out Rey (Daisy Ridley) and friends in whatever their final battle is. Really, our ability to make educated guesses based on the evidence is limited to the big picture — there are so few clues about the particulars.

So I don’t wanna get to deep into the weeds right now. This article is just about whether Baby Yoda is gonna cross over from “The Mandalorian” to “The Rise of Skywalker.” As far as characters from one thing also being in the other, I think the most likely thing is that Baby Yoda stays on the small screen, but that the Emperor will show up in the finale of “The Mandalorian.” The possibility I think is next most likely is that they both stay where they are, but the Emperor gets a mention in one of the final two episodes.

While Disney has already brought one TV character to the big screen with Saw Gerrera (Forest Whitaker) in “Rogue One,” this is a weirder situation than that was. Baby Yoda is a brand-new character just introduced a month ago, and if he showed up in the movie and was actually key to the plot, then he would definitely overshadow all the other characters. Which would be awkward in a movie billed as the end of a 42-year story that Baby Yoda was not a part of.

Unless, of course, Baby Yoda is somehow the reincarnation of Old Yoda, like a kind of “Star Wars” Groot situation. Maybe then his appearance could fit, doing another Yoda vs. the Emperor thing. Though I’m not sure how that would work with Ghost Yoda showing up in “The Last Jedi,” but I guess it would depend on how they explain it.

It’s important to remember, though, that I don’t have any kind of secret knowledge about any of this stuff. I’m just out here doing speculation. And I’m probably completely wrong about all of this.