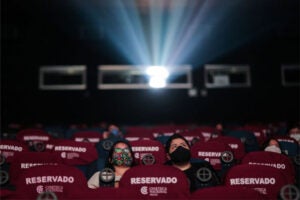 Will Joe Biden’s rapid rollout of COVID-19 vaccines be rapid enough to save Hollywood blockbusters aiming to release in theaters this spring — and to save the ailing exhibition industry that needs those big-budget films to bring back moviegoers?

Even if the new administration manages to vaccinate 100 million Americans by the end of April, only 35% to 40% of the U.S. population will have been vaccinated by the time “Black Widow,” the Marvel blockbuster that movie theaters have been hoping will be the first film to truly revive the theatrical box office when it opens on May 7.

And other films are currently aiming to hit theaters in the following weeks. Universal is set to release its “Fast & Furious” installment “F9” in theaters on Memorial Day weekend, while films like Disney/Pixar’s “Luca,” Universal’s “In the Heights” and Sony’s “Venom: Let There Be Carnage” are set for release in June.

Movie theaters don’t need to wait for the U.S. to achieve herd immunity to begin reopening — epidemiologists say that 85% of the population will need to be vaccinated to reach that figure — but a significant number of adults ages 18-49 will need to be vaccinated and have confidence in the safety of theaters before the box office can see a serious rise in ticket sales again.

In Los Angeles, one of the critical box office markets and the current epicenter of COVID-19 infections, the vaccine isn’t expected to be widely available to the public until sometime in May. If that timetable plays out in other major cities, the number of screens available to new releases may not top 3,000 until well into the second half of summer.

It was this uncertainty over how fast the theatrical market could rebound that was a major factor in Warner Bros.’ controversial decision to put all of its 2021 films on HBO Max the same day they are set to release in theaters. No other studio has taken a similar approach in the wake of that move, including Disney, which has chosen to release the animated film “Raya and the Last Dragon” as a premium video on-demand title in March on the same day it releases in any open theaters. While Disney declined to comment for this story, analysts expect “Black Widow” could get a similar hybrid release depending on how infection rates and vaccination efforts impact state mandates on business operations.

“Any release strategy that includes theatrical screening should be welcomed by the exhibition industry,” Comscore analyst Paul Dergarabedian said. “We’ve never had a situation where a film’s release strategy has hinged on a public vaccination campaign, but theaters are going to have to be flexible as studios navigate their titles through a changing landscape that will hopefully lead to people returning to theaters sooner rather than later.”

And that means that more studios may shift films from exclusively theatrical debuts. “We’ve come a long way from the backlash that ‘Trolls: World Tour’ got with its PVOD release last year,” Dergarabedian said, noting the outcry from theaters when Universal shifted the animated sequel to a premium streaming release in the early weeks of the pandemic.  “That’s because theaters have had to accept the strange realities that this pandemic has forced upon the industry. 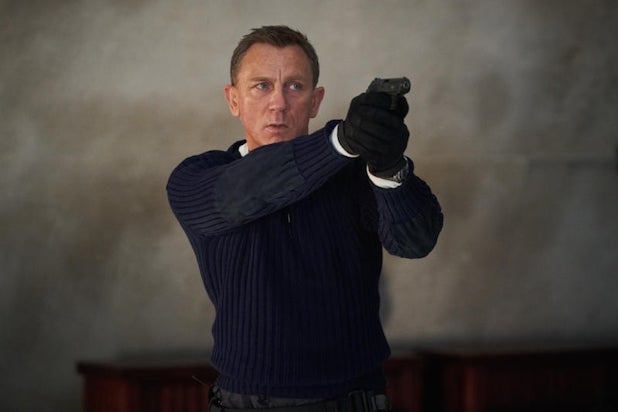 Universal, meanwhile, has its own backup plan for “F9” through its deal with AMC and Cinemark to release films on PVOD as early as three weekends after theatrical release. But the biggest wild card on the Q2 slate is MGM’s James Bond film “No Time to Die.” As TheWrap reported last fall, MGM has no other tentpole to pin its hopes on and also has to monitor the state of the pandemic in the U.K. and Europe which are a big factor in the franchise’s box office success. While most Hollywood studios are trying their best to avoid another wave of COVID-induced release date postponements, the financial stakes surrounding “No Time to Die” may make it unavoidable.

Despite all of this uncertainty, B.Riley financial analyst Eric Wold sees Biden’s plans for vaccination and economic recovery to be extremely good news for movie theaters. This past week, Wold upgraded his rating for Cinemark from “neutral” to “buy,” leading the chain’s stock price to hit its highest since the start of the pandemic at just under $20 per share. Wold said that Cinemark expects the box office to only modestly recover during Q2, but sees a more significant boost in the second half of 2021 before a true “return to normalcy” in 2022 and 2023.

But that all hinges on Biden’s vaccination program improving on the slow rollout so far: 13.6 million vaccines have been administered in the U.S., well behind the 20 million that the Trump administration set as a goal to reach by the end of December and less than half of the 31 million doses that have been distributed.

Not only do theaters need major titles sometime this year to avoid financial collapse, but the threat of a more contagious strain of COVID-19 threatens to prolong the nightmare that hospitals and health officials have faced this winter.

Epidemiologists have warned that the more contagious strain, which has been seen in L.A. and some other parts of the U.S., can be easily transmitted in any indoor environment like grocery stores, let alone ones like movie theaters where experts have warned could be dangerous places to contract COVID-19 despite the industry’s efforts to protect moviegoers.

The only way to prevent that strain from running rampant in the U.S. is rapid vaccination. Without it, not only could hospitals remain overloaded, but the lack of customer confidence in theaters could continue to plague the box office in much the same way it did when attempts to reopen theaters with the release of “Tenet” last fall fell apart.