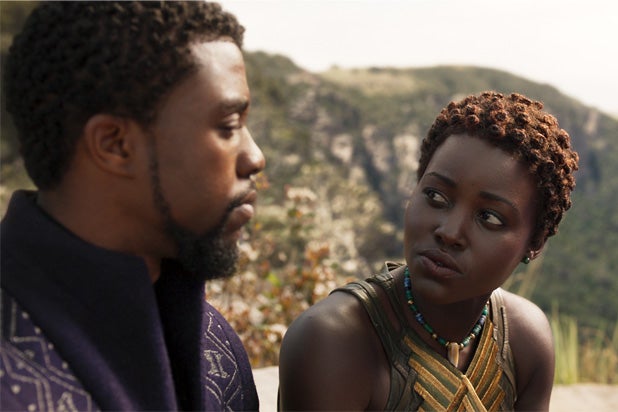 “Black Panther” has become a Hollywood hit on a level that few other films have ever achieved: It is now only the fifth film ever to post an opening weekend of over $200 million and is guaranteed to hit $1 billion worldwide within the next month.

Given its African American director, Ryan Coogler, and 10 leading black stars, “Black Panther” has especially been embraced by the African American community, who see the movie’s success has a potential bellwether for Hollywood to embrace more films by and featuring people of color.

“It’s clear that representation matters, and moviegoers have responded every time we’ve answered that demand,” said Dave Hollis, Disney’s President of Theatrical Distribution. “We are trying to make movies that resonate with a global audience, and that means making movies that allow people to see themselves represented on screen.”

Audiences are certainly responding with overwhelming enthusiasm, transforming this film’s release into a major cultural moment. Analytics group Shareablee notes that there was three times more Twitter traffic for “Black Panther” than for “Wonder Woman” and nine times more on Instagram.

Celebrities like Octavia Spencer and Snoop Dogg are organizing field trips for underprivileged schoolchildren to go see the film. And directors like Barry Jenkins and Ava DuVernay — as well as former First Lady Michelle Obama — are praising “Black Panther” as a game changer.

BLACK PANTHER is PEAK double consciousness. It’s a Marvel movie, sure. And a blockbuster, absolutely, covers those bases and covers them well. But a film that features that vegetarian bit? Or Kilmonger’s last line? Ryan’s made two movies at once. And he crushed them both ????????

I’ve loved the Black Panther reaction videos, read the reviews/think pieces, swooned over folks lining theaters, tried to teach myself Panther flash mob dance moves, admired all the African threads. But this. This broke me. Our babies. Our young ones. Imagine the seeds planted… pic.twitter.com/rEbsjm5gld

Also Read: 'Black Panther' Will Hit $1 Billion at the Box Office - The Only Question Is When

It wouldn’t be the first time a major blockbuster prompted studios to rethink strategy. The runaway success of Jennifer Lawrence’s “The Hunger Games” in 2012 is often credited with playing a major hand in unleashing a slew of female-fronted blockbusters on the marketplace.

In the years since Katniss Everdeen took on the Capitol on the big screen, actresses like Charlize Theron in “Mad Max: Fury Road,” Daisy Ridley in the new “Star Wars” trilogy, and Gal Gadot in “Wonder Woman.” Meanwhile, Universal found success with female-fronted comedies like “Girls Trip” and the “Pitch Perfect” trilogy, and later this year audiences will get to see “Ocean’s 8,” an all-female revamp of “Ocean’s Eleven.”

But Darnell Hunt, dean of social sciences at UCLA, cautioned that the recent success of films like “Black Panther” and “Get Out” is no guarantee of long-term changes. He pointed to the success of “12 Years a Slave” four years ago, which instead of triggering more stories of the African American experience led to an all-white Oscar nominee list the following year triggered the #OscarsSoWhite movement.

“We see all these big movies come out every year, but when we do our annual diversity study at UCLA, the numbers for women and [people of color] in front and behind the camera haven’t changed,” Hunt said. “Every year we see a series of exceptional films like ‘Moonlight’ that tells a different story and features women or POC, but they have always prove to be exceptions to the rule. We see a bump here and there, but nothing that points to a sustained trend.”

Hunt also said that there’s been proof that diverse films can sell long for a long time, pointing to Universal’s “Fast & Furious” franchise, eight films that featured actors of different ethnicities such as Ludacris, Dwayne Johnson,and Sung Kang, as well as directors like Justin Lin and F. Gary Gray. (Last year, Gray became the first black director to make a $1 billion hit with “The Fate of the Furious.”)

“There’s been data that has gone back for years proving that movies made by and starring minorities can make money, yet our study hasn’t found any noticeable change,” he said.

Todd Boyd, professor at the USC School of Cinematic Arts, pointed to the explosion of blaxploitation films in the 1970 which were cheap to produce and financial hit. “These films played a big part in helping some studios stay afloat during some very difficult economic times,” Boyd said. “Then ‘Jaws’ and ‘Star Wars’ came out and the industry forgot about those movies and moved on.”

Too often, mainstream Hollywood forgets about underserved audiences — even when it’s in their financial interest to appeal to a diverse pool of moviegoers.

“Hollywood is cyclical,” Boyd said. “We’ve seen all these films do very well, but we could have this conversation again two years from now and be back to the situation we were in two years ago […] While everyone else is getting caught up [with ‘Black Panther’], what I see Hollywood doing what it does best, and that is capitalizing on a market that it had not previously pursued.”

At the very least, the success of blockbusters like “Black Panther” can help elevate those involved and build interest for futre projects. Daniel Kaluuya, hot off his Oscar-nominated performance in “Get Out,” has earned even more praise for his performance as W’Kabi, the head of Wakanda’s security. Danai Gurira, already known for “The Walking Dead,” has become an overnight icon for black women as the fierce Dora Milaje leader Okoye. And Letitia Wright, arguably this film’s biggest breakout star, will continue to have a presence in cinemas this spring with roles in “Ready Player One” and “Avengers: Infinity War.”

Then there’s director Ryan Coogler, who was already a critical darling with his indie debut film “Fruitvale Station” and his “Rocky” spinoff “Creed,” but now has his blockbuster calling card as the director of one of the biggest hits Hollywood has ever seen.

His next project, “Wrong Answer,” will see him return to his roots with a retelling of the 2009 Atlanta public school scandal. But with a blockbuster under his belt, he now joins a short list of go-to directors on studio call sheets.

“It needs to be across the board. Every aspect needs to change because, let’s be honest, Hollywood has never been diverse. And until that happens, we can return to the points where there was nothing to really talk about. It’s important that there are people in positions of power throughout the industry who reflect diversity — in executive suites, in agencies — and when you see that, I think we can talk about long-lasting change.”