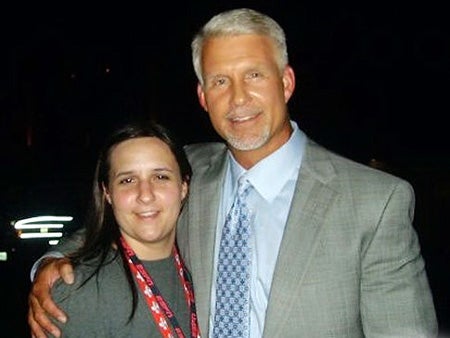 Steve Phillips was fired by the network on Sunday after the messy aftermath of an affair he had with a 22-year-old production assistant became tabloid fodder last week.

Initially, the baseball analyst and former New York Mets general manager was suspended for at least a week; then he was given a leave of absence.

“Steve Phillips is no longer working for ESPN. His ability to be an effective representative for ESPN has been significantly and irreparably damaged, and it became evident it was time to part ways.”

Here’s a statement from Phillips’ lawyer (via nytimes.com):

“Steve Phillips is voluntarily admitting himself to an inpatient treatment facility to address his personal issues.”

And an ESPN spokesperson told Mediaite that Brooke Hundley, the assistant scorned, “is no longer working here.”

One wonders if there is a wrongful termination lawsuit in Phillips’ future. Harold Reynolds, another former baseball analyst for ESPN, was axed by the network over alleged sexual harassment allegations. Reynolds sued, and eventually settled out of court.

Meanwhile, Sean Salisbury, a former ESPN analyst and NFL quarterback who recently told Deadspin.com he was prepping lawsuits against Deadspin and ESPN — and was working on a tell-all book about the network with the tentative title “ESPN Exposed” – has apparently filed suit against the Gawker-owned sports blog.

No word on whether Salisbury’s threatened suit against ESPN has been filed.