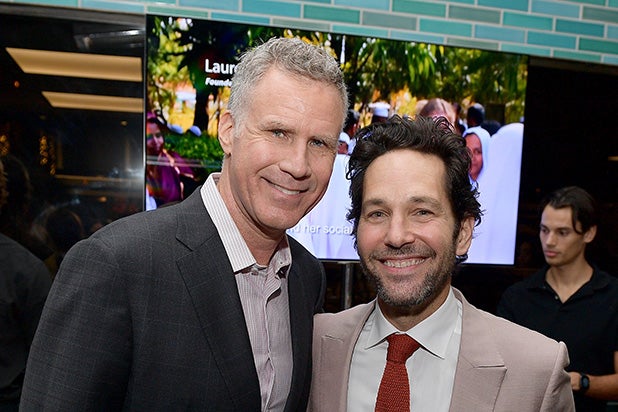 Another Wondery podcast is getting the limited series treatment: MRC Television announced on Wednesday plans to adapt “The Shrink Next Door” into a dark comedy starring Will Ferrell and Paul Rudd.

Based on the hit 2019 podcast from Wondery and Bloomberg Media, “The Shrink Next Door” will be written by “Succession” alum Georgia Pritchett and directed by Michael Showalter.

Rudd will star as Dr. Isaac “Ike” Herschkopf, the all-too-charming psychiatrist who slowly takes over the life of his longtime patient Martin”Marty” Markowitz, played by Ferrell, eventually moving into Marty’s home and taking over his family business. Per MRC, “The series explores how a seemingly normal doctor-patient dynamic morphs into an unprecedentedly exploitative one filled with manipulation, power grabs, and dysfunction at its finest.”

“The Shrink Next Door” is just the latest of Wondery’s podcasts to be adapted for scripted television. The second season of “Dirty John,” starring Christian Slater and Amanda Peet, is set to debut on USA this fall, and Peacock has given a series order to an adaptation of “Dr. Death” starring Slater, Jamie Dornan and Alec Baldwin.