By his own admission, “MacGruber” star Will Forte basically cheated on his wife with Seth Meyers last night.

From there, they went shot-for-shot in some photo-based games, including one where all Forte had to do was recognize himself in his own movies. The drunk “Last Man on Earth” alum was shockingly bad at what ought to have been the easiest game in late-night history. (BUT “Salvador Dalí” you get?!? That reference will make sense after just a few minutes of viewing.) 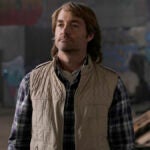 After a few rounds of terrible impressions, Meyers challenges his hilarious pal to make him break. Forte accomplished that, mostly by essentially kissing Seth over and over.

These guys drank a TON. We owe Forte several shots, because he had us breaking left and right.

The whole thing ended with Seth’s Wheel of Karaoke, which by random chance just happened to land on “Just Once.” 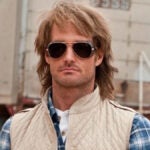 Also Read:
Maya Rudolph Hilariously Recaps the Events of ‘MacGruber’ Ahead of the Peacock Series (Video)

Forte’s “MacGruber,” a sequel series to the 2010 movie of the same name, comes out on Peacock Wednesday. It took a while to come to fruition, so if you need a recap, we highly recommend Maya Rudolph’s cold-opening version here.

Fans of Will Forte’s naked body will immediately be taken by the streaming show. Mac doesn’t keep his clothes on much for the first few episodes, which was a unique production challenge for a sitcom.

“There were some full nude days, for sure, where I was nude from start to finish,” Forte told TheWrap. “Then there was the day in the desert where I had to disrobe… That was a pain in the butt, because at least with the stuff in Episode 2, I’m just naked the whole time.”

Read more from Will about his “MacGruber” nudity here. 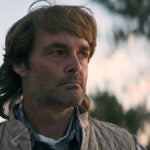 Also Read:
‘MacGruber’ Red-Band Teaser Reveals Peacock Premiere Date – and What Mac’s Been Up to Since 2010 (Video)
x