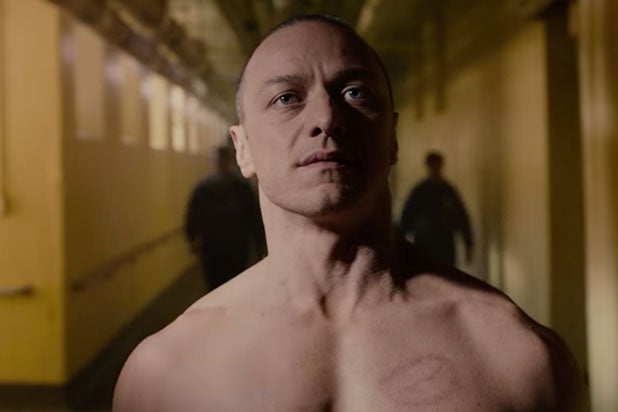 Two years ago, M. Night Shyamalan’s “Split” became one of the surprise box office hits of 2017. Critics and audiences hailed the film as a long overdue return to form for the “Sixth Sense” director, and the surprise twist ending that revealed the film as a secret sequel to his 2000 film “Unbreakable” created a wave of anticipation for “Glass,” the trilogy-completing film that hits theaters this Martin Luther King Jr. Day weekend.

But as Universal prepares to release the film on 3,700 screens, “Glass” is being hammered by critics as a big letdown, currently holding a Rotten Tomatoes score of just 38 percent compared to 76 percent for “Split.” What’s more, some critics are predicting that fans of “Split” are going to be very disappointed, leading to bad word of mouth.

“In a way, ‘Glass’ feels like a giant middle finger to the very people who would be excited to see ‘Glass,'” wrote UPROXX’s Mike Ryan in his review. “Honestly, I have no doubt the CinemaScore grade will be shockingly low.”

Certainly there have been plenty of poorly reviewed films like “Venom” that are nonetheless embraced by audiences. But weak word of mouth could hamper the ability of “Glass” to leg out into February, something that made “Split” such a big success. Against a $9 million budget, it opened to $40 million and grossed $138 million domestic and $278 million worldwide.

“I talked to a lot of theater owners who thought this movie is going to be a monster and produce one of the biggest January openings ever,” said comScore analyst Paul Dergarabedian. “But as we get closer to the release date, people are tempering their expectations a little bit. We won’t really know what the audience temperature for this film is like until we see that second weekend drop.”

The good news for “Glass” is that, like “Split,” it could very well start turning a profit after opening weekend thanks to its low costs. Against a production budget of $20 million, Universal is projecting a four-day opening weekend of at least $50 million, higher than that of “Split.” Independent trackers are even more positive, with estimates as high as $64 million.

There’s also the possibility that “Glass” legs out due to the sheer lack of competition over the next three weeks. None of the wide releases coming the next two weekends — “Serenity,” “The Kid Who Would Be King” or “Miss Bala” — are projected to open to more than $15 million. The next major wide release on the calendar is “The Lego Movie 2,” which doesn’t come out until February 8.

“‘Glass’ might do as well as ‘Split’ simply because it’s the biggest, newest thing in theaters, and there’s nothing else coming up with a cast as strong as James McAvoy and Samuel L. Jackson,” said Exhibitor Relations analyst Jeff Bock. “It’s probably going to take some really toxic word of mouth to get a steep drop-off.”

“Glass” sees the return of “Unbreakable” hero David Dunn (Bruce Willis) and villain Elijah Price (Samuel L. Jackson), along with “Split” foe Kevin Crumb (James McAvoy). After David’s attempts to hunt Kevin down wind up getting them both sent to the same mental institution as Elijah, the superpowered trio is studied by a skeptical psychiatrist (Sarah Paulson), who is unaware that, by bringing them together, she has created a dangerous alliance between Elijah and the evil personalities inside Kevin known as “The Horde.”

“Split” star Anya Taylor-Joy also returns for the film, which is written and directed by Shyamalan. Universal is handling domestic distribution while Disney is handling overseas distribution through Buena Vista International.