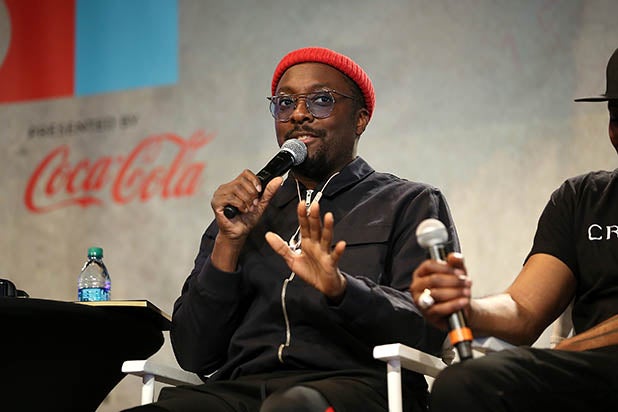 Covering feature film and scripted and unscripted television programming, the multi-year deal will begin with a series adaptation of the graphic novel “Masters of the Sun – The Zombie Chronicles,” written and created by will.i.am.

Mixing L.A. gang culture, b-boy-ism and Egyptology, “Masters of the Sun” tells the story of a hip-hop group from East Los Angeles who must battle an ancient alien god which turns drug dealers and gangsters into zombies.

“will.i.am has an extensive track record of creating entertainment content that moves masses and shapes cultural moments,” eOne’s chief strategy officer Peter Micelli said in a statement. “We have long admired his body of work and can’t wait to collaborate on exceptional content together.”

“It’s a dream come true to be collaborating with eOne, to be surrounded by great partners who can help take ideas from my brain, from books and onward to explode and entertain on multiple screens,” added will.i.am. “It’s also a true honor to have the opportunity to work with Mark Gordon, one of the most prolific and respected producers in Hollywood and beyond.”