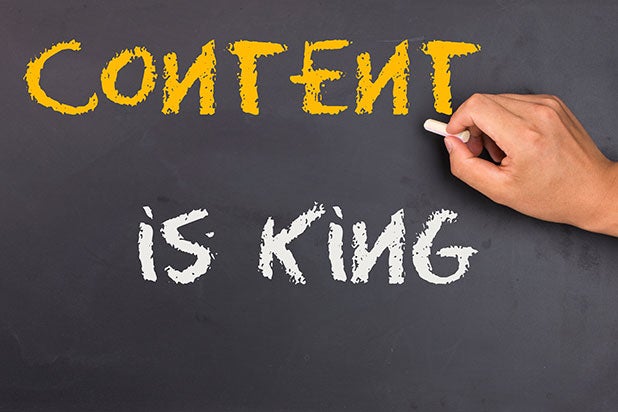 Previous posts in this series on TV trends have addressed millennials’ shifting viewership habits, the rise of on-demand services and the resilience of TV advertising. Our most recent post introduced five primary issues that impact network economics, and the first issue we identified is an increasing amount of original content.

The total number of new TV series in development or production experienced a small dip during the 2008 recession, but it has since grown tremendously — 73 percent, or 12 percent annually, from the 2007-08 season through 2012-13. During the 2012-13 season (the latest season for which data is available), not only did broadcast and cable networks order more than 2,500 different TV series (scripted and unscripted, primetime and daytime, etc.) but they also had more than 1,000 others in development. 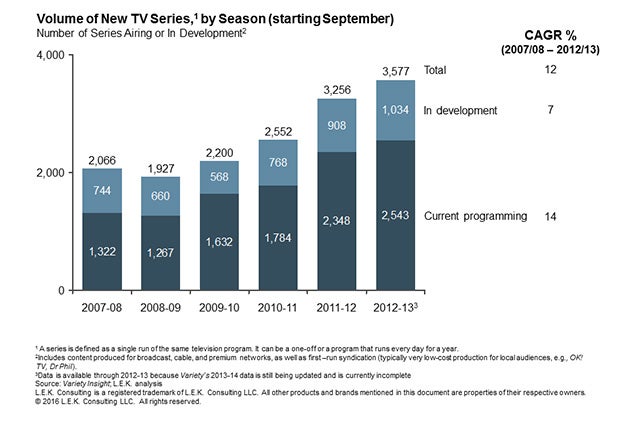 Broadcast networks actually significantly decreased their programming hours of original content between 2007-08 and 2012-13, due in part to the pullback in daytime soap opera production. 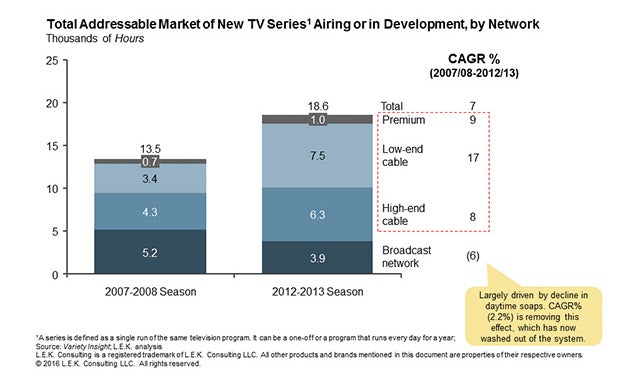 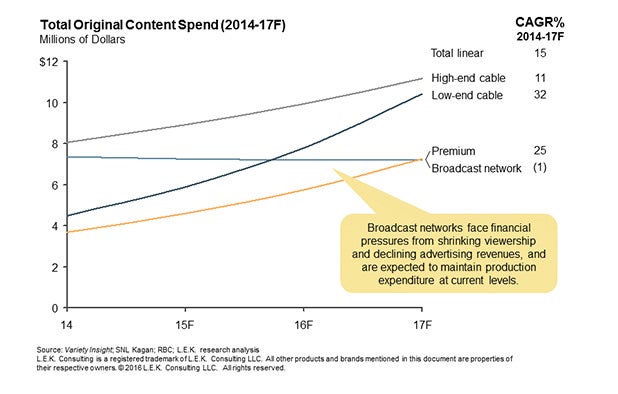 Sure, there are fewer broadcast networks than cable networks. But even the handful of premium networks will surpass broadcast nets in original content spend.

As recently as the 1990s, consumers relied exclusively on broadcast networks for expensive, high-quality content. But now, all channels are greenlighting expensive shows like “Game of Thrones,” and they offer entirely original lineups.

In next week’s post, we dive deeper into some of the pressures that broadcast networks face and provide an analysis of their advertising revenues and ratings.

This is Part 5 in a series on television trends by Dan Schechter, Gil Moran and Michael Kaufman from L.E.K. Consulting’s Media & Entertainment consulting practice.