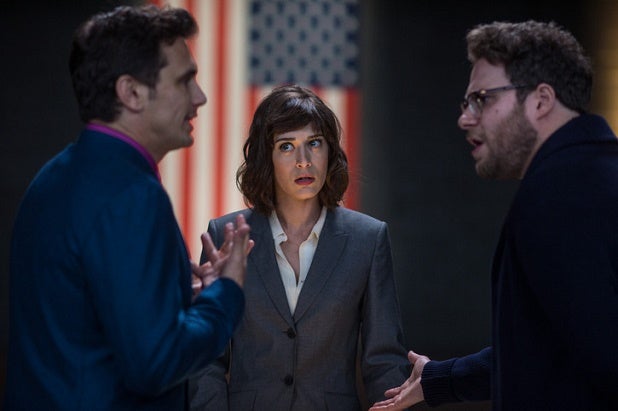 Will the massive $15 million online haul generated by “The Interview” change for Hollywood, which has been wrestling with the idea of same-day theatrical and digital movie releases for years.

The short answer is yes, but it really shouldn’t.

The digital numbers Sony Pictures generated over Christmas weekend with its embattled Seth Rogen-James Franco comedy are too big to be ignored.

Also Read: ‘The Interview’ Takes in $15 Million From Online Opening

For independent filmmakers and distributors, the news will surely deepen their conviction that digital delivery is the way of the future, and the sooner the industry begins the transition, the better. The companies that deliver digital content like iTunes and Microsoft will push too, and if consumers begin to get involved, they’ll almost surely be in the “give it to me now” camp.

Theater owners, on the other hand, and studio distributors will point to it as clear evidence that a concurrent digital release will bushwhack a movie’s box office, and point to the fairly feeble $2.8 million that “The Interview” managed from its theatrical run. They’ll say Sony burned through everything in one weekend at the lowest possible price point. And they’ll point to the pirated copies of the film that appeared online within hours of its digital release.

What both sides of the issue seem to be forgetting, is the mind-boggling and bizarre scenario that just played out around this movie.

The twisting saga of “The Interview” and distributor Sony, had a cast of characters that included international cyber terrorists, President Obama calling the initial decision not to release the film “a mistake,” the leader of a rogue nuclear-armed nation, embarrassed studio execs and A-list actors with salaries and egos exposed. Then there are the 47,000 current and former Sony employees who may yet get fleeced by the murky Guardians of Peace hackers who shut down the studio and flashed weirdly bad cartoon images on Sony computer screens. Who wouldn’t watch that movie?

But art — in this case an R-rated spoof centered around a plot to assassinate North Korea’s leader Kim Jong-un — wasn’t nearly as strange as reality, and that’s the key. To use the unprecedented and singularly strange saga of “The Interview” as a legitimate test case would be foolish.

How, for example, would “The Interview” have done digitally if it hadn’t been part of the top news story for a week ahead of its release? And not every movie would be offered on nearly every major streaming platform at a cut rate over the holidays, as this one was by Sony.

As for the box office, who knows what “The Interview” would have made had it not been limited to 331 independent theaters, some with limited seating. A rollout in that range is no-man’s land at the box office; too big to expand in a platform release, but too small to make real money. That’s not a knock at Sony. Competing for screens with a dynamite Christmas lineup of “The Hobbit” finale, Angelina Jolie‘s “Unbroken” and Disney’s “Into the Woods” wasn’t easy. And without North Korea’s bizarre bluster turning it into an international incident, there wouldn’t have been any flag waving at those theaters.

The bottom line is that while there are lessons to be learned, and this class will be in session for some time thanks to an avalanche of lawsuits. “The Interview” was weird and unique. “There are no comps,” was how Sony’s longtime distribution chief Rory Bruer put it. It isn’t much of a test case because this had far more to do with Sony than it did with the future of going to the movies, or not.