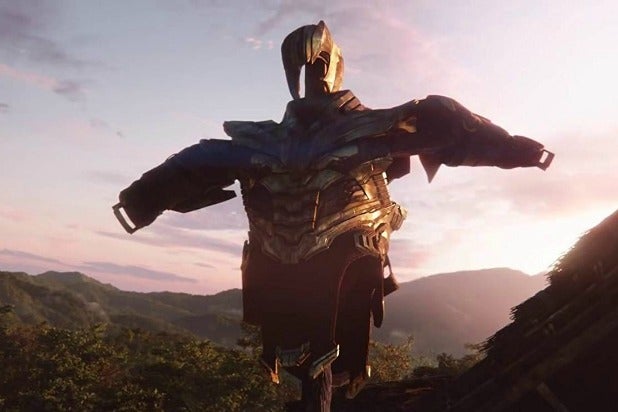 It’s a cliche by now that a lot of folks watch the Super Bowl primarily for the commercials, and for movie studios the Big Game tends to be a pretty big marketing day. So you tune in for the football and the funny ads, and you’re treated to new trailers for some of the biggest movies of the year.

And there’s little doubt, at this point, what will be the biggest movie of 2019. After “Avengers: Infinity War” grossed more than $2 billion worldwide and ended on probably the most insane cliffhanger in the history of the cinema blockbuster, everyone is expecting “Avengers: Endgame” to make a similarly gargantuan splash.

This is an unusual year for the Super Bowl in that we aren’t expecting a whole lot of movie trailers during the game this year. For whatever reason, studios seem to be shying away from the spectacle this time. But will Disney be among those skipping the Super Bowl this year?

Also Read: Check Out This New Clip of Captain Marvel Fighting a Dude on Top of a Train (Video)

Officially, there’s no word on whether “Avengers: Endgame” will make an appearance during the Super Bowl, but we are expecting a new trailer Sunday evening.

The marketing cycle for the film started fairly late for one of these things, with the first trailer dropping in early December. For a mega-blockbuster like “Endgame,” we expect three trailers before it lands in theaters on April 26. Around the release of “Captain Marvel” in March is a natural place to put one, and so the Super Bowl likewise would make perfect sense as far as timing.

But that’s just our guess — we don’t actually have any official word about an “Avengers: Endgame” trailer for the Super Bowl. But we would be surprised if the game comes and goes without one.

On the other hand, given how cryptic and relatively low key we expect the marketing for this movie to be — Marvel doesn’t want to give away anything — they could very well just skip past the Big Game confident that they don’t have to make a huge push to get folks out to see how this whole thing ends. Anything is possible.