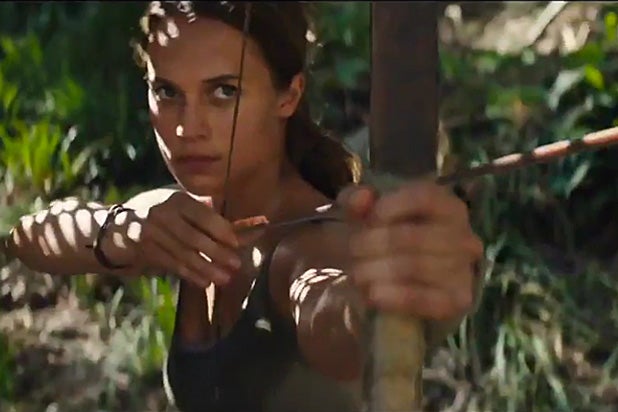 This weekend, “Black Panther” will attempt to do something that hasn’t been done in eight years: take the No. 1 spot at the box office for five consecutive weeks.

When the latest Marvel movie was released last month, even the most wildly optimistic of forecasts didn’t expect it to have a chance at this streak. But “Black Panther” took its fourth-straight No. 1 last weekend with a $40.8 million total, 19 percent ahead of the opening for fellow Disney release “A Wrinkle In Time.” It’s the first time ever that films from black directors (namely Ryan Coogler and Ava DuVernay) had a 1-2 finish at the box office, and the first time since “Star Wars: The Force Awakens” that a film stayed atop the charts for four straight weekends.

Also Read: Olympics Inspired Alicia Vikander to Try Curling, But She Sucked: 'I Was Like a Bambi on Ice'

Now, with $1.09 billion grossed worldwide so far, “Black Panther” is expected to have a fifth weekend total in the high $20 million range. As it turns out, that’s the same range independent trackers have set for this weekend’s big wide release: Warner Bros./MGM’s “Tomb Raider.” Inspired by Square-Enix’s 2013 reboot of the long-running video game series, the action film is looking at a start of $27-29 million from 3,854 screens, with WB projecting a start of $23-25 million against a reported budget of $90 million.

Overseas, “Tomb Raider” opened in nine Asian markets last weekend, excluding China and Vietnam. It made $14.1 million from a combined 3,425 screens, while six reviews from that continent were evenly split to give it an early Rotten Tomatoes score of 50 percent. This weekend will likely be a neck-and-neck contest between Lara Croft and T’Challa, with “Wrinkle In Time” finishing in third.

Expected to take the No. 4 spot is Fox’s “Love, Simon,” the first gay teen romance film released by a major studio. Coming in with strong reviews and a 89 percent RT score, “Love, Simon” is expected to open with $10-12 million from 2,401 screens. Fox is projecting a start on the lower end of that range and reports a production budget of $17 million.

Based on the book “Simon vs. The Homo Sapiens Agenda” by Becky Albertalli, “Love, Simon” stars Nick Robinson as Simon Spier, a closeted gay teen who forms a relationship with an anonymous gay classmate online. His life is thrown into disarray when a blackmailer finds his online chats and threatens to out him to his family and school. Greg Berlanti directs the film, with Josh Duhamel, Jennifer Garner, Jorge Lendeborg, Jr., Katherine Langford and Alexandra Shipp also starring.

Finally, there’s Lionsgate/Roadside Attractions’ faith-based film, based on the story behind the hit song of the same name by Christian rock band MercyMe. Starring J. Michael Finley as MercyMe vocalist Bart Millard and Dennis Quaid as his father, Arthur, the film is expected to open outside the top ten with a $2-4 million opening from 1,620 screens, with a reported budget of $7 million.