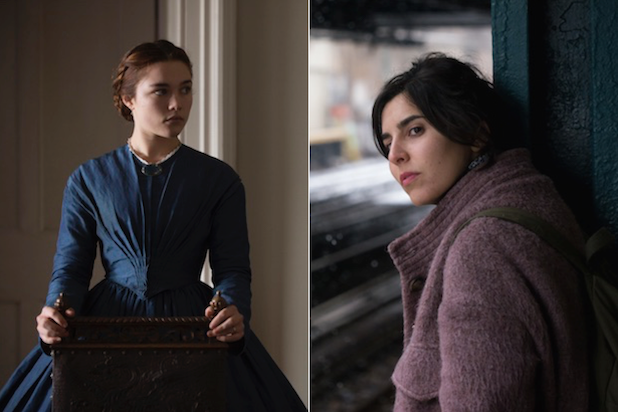 The acquisition of “Lady Macbeth” by Roadside Attractions on Thursday served to emphasize an unusual fact about this year’s Toronto International Film Festival: William Shakespeare is a hot writer at TIFF.

No, the Bard didn’t really have anything to do with “Lady Macbeth,” beyond writing the play that inspired the film’s title and main character. But his work gives resonance to the film, and it does the same to another film at the festival, “Hermia & Helena.”

The odd bit of indie-film synchronicity has given Shakespeare a presence at this year’s TIFF, just as he has a presence throughout pop culture and high culture alike.

“Lady Macbeth” is a twist on Shakespeare once removed, with British theater director William Oldroyd transplanting Nikolai Leskov’s novella “Lady Macbeth of the Mtsensk District” from 19th century Russia to Victorian England. Leskov’s work, which was also the basis for a Shostakovich opera, borrowed themes from Shakespeare’s Scottish play, but was not a direct adaptation by any means, and Oldroyd’s brooding film is even further removed from the source.

What survives is a seemingly dutiful wife who ends up controlling the action, lots of blood and an implacable, inexorable sense of doom.

“Lady Macbeth” is a deliciously, monumentally dark piece of work, one that acquires some resonance through its title alone but fully earns a right to that resonance. Let’s face it: If you give a movie that title, and then introduce a young woman who is subjugated and expected to be subservient by her new husband and his family, the audience pretty much knows that a reckoning is coming.

We know that as soon as we meet Lady Katherine (a radiant but disquieting Florence Pugh), who gets married to a wealthy landowner, shipped off to a big, drafty house and told not to step outdoors. The story starts in silence and stillness, gorgeously filmed with restraint and control by first-time filmmaker Oldroyd — but when the husband and his domineering father leave on unspecified business and Katherine takes up with a brutish servant in a disturbing relationship that initially borders on sexual assault, it slowly shifts from silence and stillness to sound and fury, to borrow a phrase from the original “Macbeth.”

Of course, that quote refers to “a tale told by an idiot,” and “Lady Macbeth” is anything but that. It’s a smart, evocative work of cinema, and one that deserves the wider audience that the Roadside acquisition may bring it.

“Hermia & Helena,” meanwhile, is the latest riff on Shakespeare from the challenging Argentinian director Matías Piñeiro. (Others include “Viola,” “The Princess of France” and “Rosalinda,” which use elements of “Twelfth Night,” “Love’s Labor Lost” and “As You Like It,” respectively.) Piñeiro uses the language of “A Midsummer Night’s Dream,” which one of his lead characters is translating, to underpin his shifting, elusive tale of a group of artists and students on a fellowship in New York City.

Also Read: 'The Secret Scripture' Toronto Review: Jim Sheridan's Return to Directing Not Worth the Wait

The first question at one post-screening TIFF Q&A started with an audience member telling Piñeiro, “I didn’t understand your movie,” and understanding is not what the director is looking for, really. The film is playful, episodic, deliberately aimless at times and stilted at others, as it sketches a diverse cast of characters with Ozu-like languor.

It’s an austere arthouse offering, to be sure, but one that draws some of its lyricism and casual charm from the Shakespearian comedy whose words bubble beneath the surface, appearing on the screen occasionally and sliding into his characters’ mouths every so often. Like his character, Piñeiro is doing his own version of translating Shakespeare.