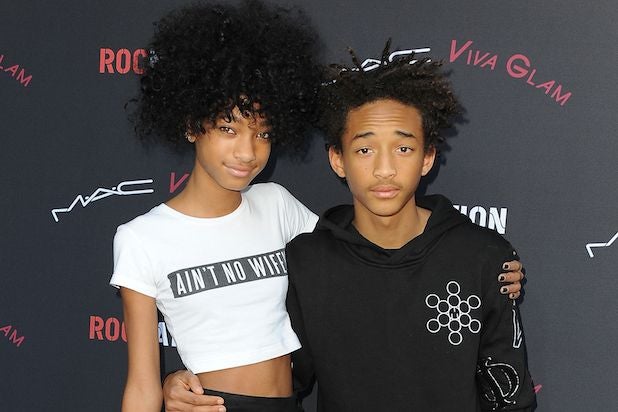 According to Matthew McConaughey‘s character in “True Detective,” time is a flat circle. According to Willow Smith, “it doesn’t exist.”

The 14-year-old “Whip My Hair” singer joined her 16-year-old brother, Jaden Smith, on a bluff overlooking the Pacific Ocean to talk to the New York Times’ T Magazine about their new music, but ended up dishing out a perspective on the world that can best be described as interesting.

Without offering any kind of judgement, here are the most mind-boggling thoughts the children of Will Smith and Jada Pinkett-Smith had to offer.

On time:
“I mean, time for me, I can make it go slow or fast, however I please, and that’s how I know it doesn’t exist,” Willow said.

“It’s proven that how time moves for you depends on where you are in the universe. It’s relative to beings and other places,” Jaden added. “But on the level of being here on earth, if you are aware in a moment, one second can last a year. And if you are unaware, your whole childhood, your whole life can pass by in six seconds. But it’s also such a thing that you can get lost in.”

On themes in their music:
“The feeling of being like, this is a fragment of a holographic reality that a higher consciousness made,” Willow said.

On artistic appreciation… of themselves:
“We don’t think a lot of the music out there is that cool,” Jaden said. “So we make our own music. We don’t have any song that we like to listen to on the P.C.H. by any other artist, you know?

Willow added: “That’s what I do with novels. There’re no novels that I like to read so I write my own novels, and then I read them again, and it’s the best thing.”

On school:
“You never learn anything in school,” Jaden said. “Think about how many car accidents happen every day. Driver’s ed? What’s up? I still haven’t been to driver’s ed because if everybody I know has been in an accident, I can’t see how driver’s ed is really helping them out.”

On their goals:
“I have a goal to be just the most craziest person of all time,” Jaden said. “And when I say craziest, I mean, like, I want to do like Olympic-level things. I want to be the most durable person on the planet.”

“I think by the time we’re 30 or 20, we’re going to be climbing as many mountains as we can possibly climb,” Willow said.