Two charming relationship films with no-name casts, one shot in Los Angeles and the other in New York, debuted this weekend at the festival, both for sale and both bringing an of-the-moment, coastal flavor to modern romance. 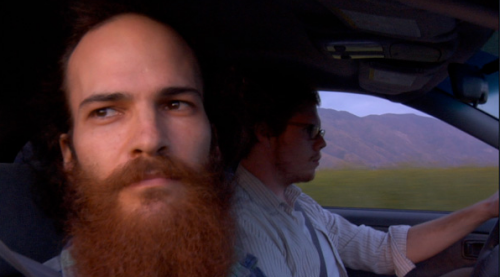 Despite its off-putting title, “Douchebag” was a crowd-pleasing exploration of the cold war going on between two brothers, one of whom is about to get married.

Don’t think: good-looking guys setting out to re-bond in Vegas.

Think: tofu-eating botanist (Andrew Dickler) with a long curly beard who wants to save the planet while being a complete, well, douchebag. His younger brother, played by Ben York Jones, is a dough-faced painter starting to make it as an artist.

The two don’t speak, for reasons unknown, and Sam the botanist’s oh-so-lovely fiancee (Marguerite Moreau), brings the two together to make them reconcile.

The two profess to hate each other, and as Sam drags brother Tom on a southern California road trip to find the younger brother’s fifth-grade girlfriend, his true character is revealed. Sam is out for a final fling, and we learn that he’s not only a bad boyfriend, and bad brother, he’s just kind of a bad guy.

Dickler, who has never acted before, was writer-director Drake Doremus’s film editor on his first film at Slamdance last year. Under pressure from his buddy, he agreed to take the part, but admitted that he felt “weird” being so mean in character.

“I’d have to hug Ben after a take,” he confessed.

Here’s a quick video of some of the q&a. In classic Sundance fashion, Doremus said he completed the film 48 hours before the premiere.

In “Happythankyoumoreplease” (can someone please work on these Sundance titles? Here’s another really bad one: Bran Nue Dae. Ugh.) three New York  twenty-somethings battle it out on the field of dating. 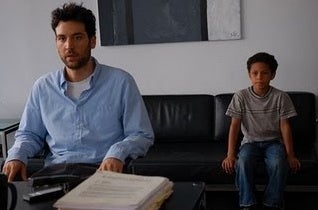 This film is a bit messier, but the dialogue by writer-actor-director Josh Radnor (“How I Met Your Mother”) is especially sharp and funny. Radnor plays struggling writer Sam who  talks a pretty girl,  Kate Mara, into a three-night stand.

He has clumsily taken in a stray foster child in a reach for good samaritanism that breaks the law. He invites the kid to waffles and tosses off, “We’ll get all Kramer vs Kramer.”

One couple is dealing with a pregnancy, another young woman is dating post-chemo, and Sam can’t decide if he wants to bed the beautiful young waitress-singer he has met, or dump her like every other girl.

I hear in the corridors that these films are ‘tough sells.’ I’m not sure why. The writing is sharp, the characters seem real What that really means is that these films require more work to help them find their audience than those with more predictable marketing hooks .

Maybe that means the main distributors don’t want to work that hard. But there are lots of independent distributors out there these days looking for something to work with. It may not be perfect, but here’s some material.