HBO is staying in the basketball game, renewing “Winning Time: the Rise of the Lakers Dynasty” for a second season.

“It’s been a thrill to bring ‘Winning time’ to life with Adam McKay, Max Borenstein, our phenomenal producing team, and this incredible cast,” Francesca Orsi, executive vice president of HBO programming, said in a statement. “This series not only tells the riveting story of the Lakers’ rise, but is also a look back at a transformative era in basketball, celebrity, and the city of Los Angeles. We can’t wait to see how this team will tell the next chapter of this dynasty.”

The show, based on the book, “Showtime: Magic, Kareem, Riley and the Los Angeles Lakers Dynasty of the 1980s” by Jeff Pearlman, is a drama centered around the time when Jerry Buss bought the team and it rose in popularity. 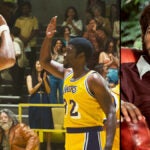 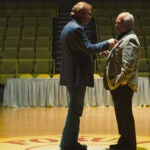