Netflix revealed Friday that “The Witcher” anime film “Nightmare of the Wolf” will premiere Aug. 23, ahead of the Season 2 launch of “The Witcher” in December.

The news was unveiled during WitcherCon on Friday. You can watch the teaser for the movie, which focuses on Geralt of Rivia’s mentor, Vesemir, via the video above.

From “Witcher” showrunner Lauren Schmidt Hissrich and producer Beau DeMayo, Netflix said, “The anime film tells the story of Vesemir, a swashbuckling young witcher who escaped a life of poverty to slay monsters for coin…”

The project, which was ordered in January 2020, hails from Studio Mir, the renowned Korean animation studio best known for “The Legend of Korra” and Netflix’s “Voltron: Legendary Defender.”

Also during WitcherCon Friday, Netflix revealed that the second season of “The Witcher” will premiere Dec. 17, meaning you’ll see Geralt of Rivia (Henry Cavill), Yennefer (Anya Chalotra) and Ciri (Freya Allan) in new episodes before the year ends. That’s some pretty great pre-weekend news for “Witcher” fans who have been waiting since Season 1 launched in December 2019 to find out when Season 2 would be arriving. 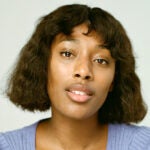 “The Witcher: Nightmare of the Wolf” launches Aug. 23 on Netflix.