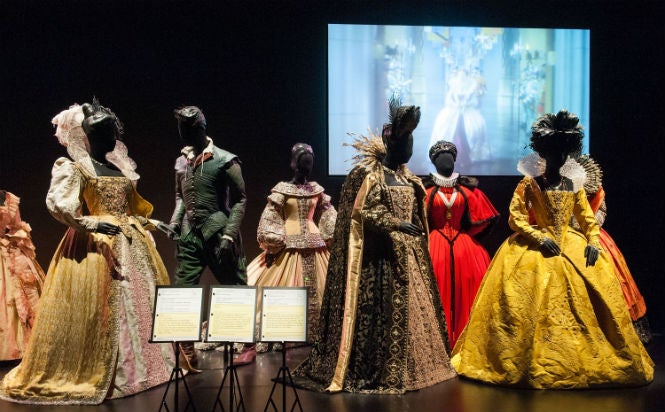 Costumes can help bring movies to life and some of the most iconic styles are now being immortalized in a new exhibit opening on Thursday in Los Angeles.

Among the 150 outfits spanning from the 1930s to the present day at the Hollywood Costume exhibit are styles from “The Wizard of Oz,” “Elizabeth,” “Hunger Games,” “Titanic,” and “The Social Network.”

Located at the historic Wilshire May Company Building and curated by the Academy of Motion Pictures Arts and Sciences and London’s Victoria & Albert Museum, the showcase will be open to the public from Oct. 2-Mar. 2, 2015.

Dorothy’s ruby slippers and blue and white gingham pinafore dress from “The Wizard of Oz” are some of the most iconic acquisitions in the collection, while Jared Leto‘s flamboyant clothes from “Dallas Buyers Club”represent this year’s crop of movies that won or were nominated for Oscars.

“We are thrilled to bring this innovative exhibition to Los Angeles,” said Cheryl Boone Isaacs, Academy President, in a statement on the Academy website. “Hollywood Costume invites visitors to see some of the most well-known costumes from their favorite movies and to explore the impact designers have in creating our most beloved characters.”

“Cinematic icons are born when the audience falls deeply in love with the people in the story. And that’s what movies and costume design are all about,” said Landis.

Hollywood Costume will include a full slate of exhibition-related programs including screenings, discussions with costume designers, and educational programs. Tickets start at $20.