Director and screenwriter Rashad Frett has signed with WME, which will work to further the rising star’s already award-winning film career, the agency announced Monday.

Frett’s short film entitled “Ricky” is featured in this year’s Sundance Film Festival Lineup as part of the Short Film Program. He was recently named a Sundance Fellow in the 2023 Screenwriters Lab and Intensive alongside Lin Que Ayoung, where the two will be developing the current “Ricky” script into a feature length film. 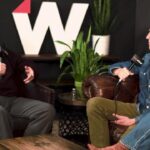 “To have WME as an accomplice on my journey deeper into film will undoubtedly make a phenomenal impact on the trajectory.” Frett said in a statement. “I’m really enthusiastic about what WME and I will do together.”

Frett is an Award-Winning Caribbean-American Filmmaker based in New York City. He pursued the arts seriously after experiencing 9/11 as a Combat Medic in the U.S. Army. At that time, creating a positive social impact through the power of media became his passion. Frett is a recent MFA graduate of the Prestigious NYU Tisch Graduate Film Program.

Additionally, his work has been screened in prestigious festivals including SXSW, Berlinale, and American Black Film Festival. His work has also aired on Showtime, The Stephen Colbert Show, NPR Tiny Desk, Tidal, and his team was featured in Rolling Stone magazine.

Deadline first reported the news about the signing.