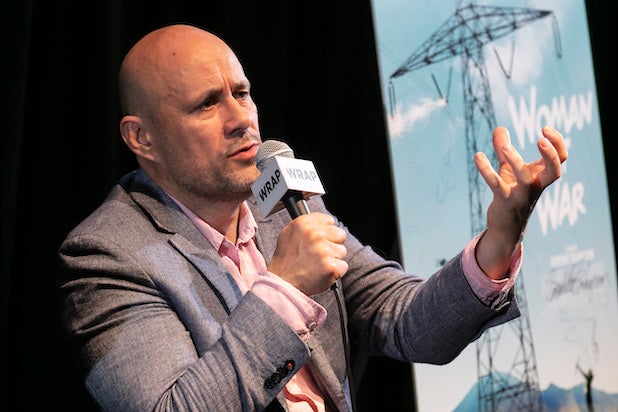 Here’s a list of what the Icelandic director Benedikt Erlingsson says is missing from his new film “Woman at War”: “No misery, no violence, no death, not even a gun, and no sex.”

Despite the absence of those mainstays, he said “Woman at War” is an action thriller with lessons for Hollywood films. It’s a tense, topical film of espionage, sabotage and personal demons about a lone eco-terrorist (Halldóra Geirharðsdóttir) being hunted by the Icelandic government and a massive corporation doing harm to the environment.

And because this is an Icelandic film, its hero has a trio of musicians who follow her across hill sides, rooftops and into her home providing the film’s brisk, invigorating score as she goes. At one point, a drummer seemingly tips her off to the danger awaiting her.

“I wish they would do more of this,” Erlingsson told TheWrap’s Steve Pond at a post-screening Q&A on Wednesday. “Imagine Tom Cruise with a band, saving the world.”

“Woman at War,” Iceland’s submission to the 2019 Foreign Language Oscars race, screened as part of TheWrap’s Awards and Foreign Screening series at the Landmark Theatres in Los Angeles.

While it has a peculiar sense of humor courtesy of its onscreen band, Erlingsson doesn’t consider his film a comedy, and he strived to make a film that tackles complex subjects like global warming in a way that could still be considered “accessible.”

“Everything you do really has to have some meaning. You have to have something to say. This subject is really complicated, and there are a lot of gray areas, and it touches many ideas,” Erlingsson said. “So the challenge was to really make an accessible, mainstream blockbuster film about this. An art-house blockbuster on a very complicated issue. Is that possible, in a feel-good film?”

Also Read: How Icelandic Black Comedy 'Under the Tree' Shows the Worst In People 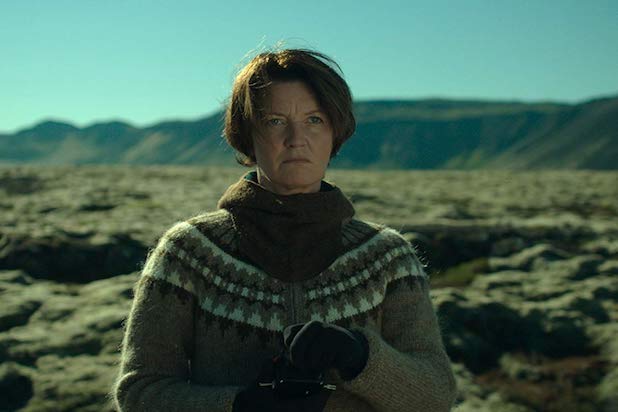 In that spirit, Erlingsson offered an optimistic perspective on the climate change crisis — based on his experience as an activist who once chained himself to a whaling boat to keep it from sailing out to hunt. (If you want to know how to take down an electricity pylon as the lead character Halla does in the film, he encouraged anyone to talk to him after the screening.)

These days, he has changed his lifestyle to become more environmentally friendly — and encourages aspiring politicians to share a similar message: “Vote for me, and I will fight that you will get less of everything. This is the challenge.

“Woman at War” also takes an unexpected turn away from politics, exploring how Halla juggles her guerrilla activism with the prospect of being a mom when a four-year-old adoption application suddenly comes through.

The character’s dilemma should be very relatable to a politically-minded American audience, Erlingsson said. “How am I going to change the world? Is it not to change myself? Should I save myself, or should I take action?” he asked. “This is an element we are all struggling with, and we have to do both.”

“Woman at War” opens in New York and Los Angeles on Friday, March 1.