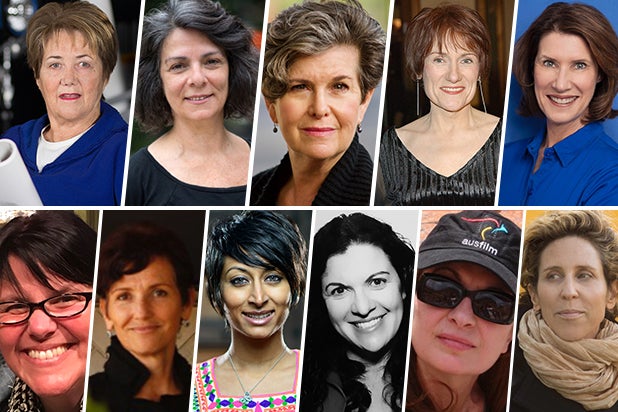 2018 may have been a good year for Greta Gerwig, Ava DuVernay and some other major female directors. But a new San Diego State University study shows the numbers don’t match the headlines when it comes to women in the director’s chair.

According to “Celluloid Ceiling,” the annual study made by SDSU’s Center for the Study of Women in Television and Film, the percentage of women who directed the top 250 films in 2018 dropped from 11 percent in 2017 to just 8 percent in 2018.

Even when the list expands to 500 films, the year-to-year percentage still drops from 18 percent to 15 percent.

“The study provides no evidence that the mainstream film industry has experienced the profound positive shift predicted by so many industry observers over the last year,” read a statement from Dr. Martha M. Lauzen, executive director for the Center. “This radical underrepresentation is unlikely to be remedied by the voluntary efforts of a few individuals or a single studio. Without a large-scale effort mounted by the major players — the studios, talent agencies, guilds, and associations – we are unlikely to see meaningful change.”

“The distance from 8 percent to some semblance of parity is simply too vast. What is needed is a will to change, ownership of the issue — meaning the effort originates with the major players, transparency, and the setting of concrete goals. Will, ownership, transparency, and goals are the keys to moving forward.”

The survey also counted the presence of women as writers, cinematographers, editors, and producers on the top 250 films of the year. While there were more women in each of those categories compared to 1998, none of those categories have seen an increase of more than three percentage points over the past 20 years; and only producers have a percentage of women involved of more than 25 percent.

The survey also showed the continued gap between women representation on movie crews with female directors and those with only male directors. For example, 71 percent of films with at least one woman as director also had women writers, compared to 13 percent among films with male directors only.

The new survey comes after a 2018 in which opportunities for women in Hollywood became a hot-button topic off the wave of the #MeToo movement. Greta Gerwig became only the fifth woman ever to be nominated for Best Director at the Oscars for her directorial debut “Lady Bird,” while Ava DuVernay became the first black woman to direct a movie with a $100 million-plus budget with “A Wrinkle in Time.”

This year’s AFI Fest also curated a lineup that put the spotlight on female directors, led by several specialty films including Mimi Leder’s “On the Basis of Sex,” Josie Rourke’s “Mary Queen of Scots,” and Karyn Kusama’s “Destroyer.”