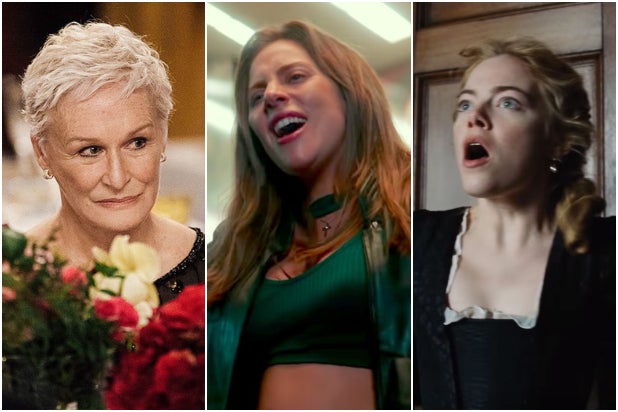 Women accounted for 27.5 percent of all the Oscar nominees in 2019, a slight uptick from last year’s record-setting year, in which only 26.8 percent of the nominations went to women.

According to TheWrap’s analysis, individuals like Lady Gaga, costume designer Sandy Powell and writer-director-producer Alfonso Cuarón were counted for each of their nominations.

But many commentators have noted that this year failed to repeat some of last year’s historic nominationsin major categories like Best Director, when Greta Gerwig became only the fifth female nominee, for “Lady Bird.”

As for the actresses, five of the 10 nominees are first-time acting nominees, including Olivia Colman, Yalitza Aparicio, Marina de Tavira, Regina King and Lady Gaga, who was previously nominated for Best Original Song and was again this year. She’s also only the second person to be nominated for acting and for an original song for the same film. The previous woman to do so was Mary J. Blige for her work in “Mudbound” last year.

In the Best Picture race however, only five of the 25 nominated producers were women: Lynette Howell Taylor for “A Star is Born,” Gabriella Rodriguez for “Roma,” Lee Magiday and Ceci Dempsey for “The Favourite” and Dede Gardner for “Vice.”

That’s a drop from last year, when eight of the 30 producing nominees were women.

Finally, if either “Roma” or “The Favourite” manages to win Best Picture, it will be only the fourth time that the winner contains women in the two principal roles.