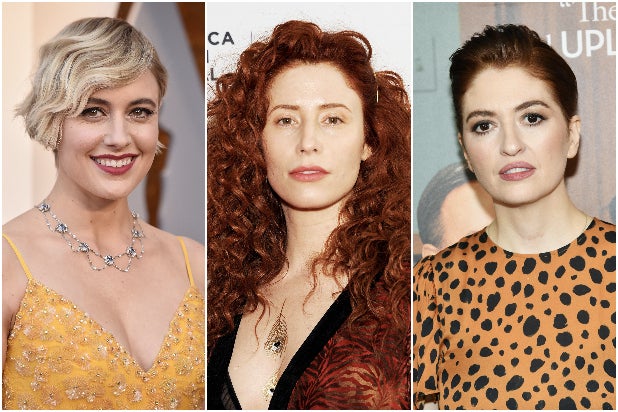 When the Hollywood Foreign Press Association failed to nominate any women for Best Director at the 2020 Golden Globes, many in the industry were swift to point out a large catalog of eligible names that should’ve been up for consideration. The list is long, but if those names aren’t top of mind, we find that many voters inevitably default to the safer (read: male) options. Simply put: they need more visibility.

Women in Film is spearheading a campaign that aims to fix that. WIF’s #VoteForWomen initiative, in partnership with Women and Hollywood and New York Women in Film and Television, is meant to encourage voters to think of women when they fill out their awards ballots, but it’s also meant to show the enormous breadth of female talent that’s within the industry yet often fails to get recognized for the biggest honors in film and TV for the year.

Right now on Women in Film’s website and right here, you can download an awards ballot that lists solely female contenders who should be up for your consideration. And it may come as a surprise to some that there are viable female candidates in every awards category available.

“It’s kind of a cheat sheet,” Kirsten Schaffer, the executive director of Women in Film, told TheWrap. “It can be overwhelming. On one hand we’re saying, the talent is out there, here it is. And then we’re also helping to just sort through all the noise and make sure that those women are front and center.”

WIF’s ever-growing ballot also allows for visitors to their website to write in additional candidates who still may not be represented. But the ballot shows that women have served as producers or in technical, below-the-line categories within some of the biggest awards contenders of the year.

The campaign goes further in rounding up women who have already won or been nominated for prizes across various critics’ groups, guilds and awards bodies. And yet even though WIF says they’re seeing growth in the number of women directing some of the top 100 grossing films of the year, WIF says that women make up only 15% of awards nominees in non-acting categories over the past five years.

Schaffer says the idea is that whenever you go to a polling place during a political general election, you’re often provided with a sample ballot that helps you keep top of mind the many candidates out there, whether it’s for judges, school boards or local government. Having a similar cheat sheet during awards season only makes sense.

“There have been stellar films already, there are a few more coming out. And it’s just expected that with a field that rich that there would be women in the running. I’m just disappointed in the members of the HFPA for not considering more women,” Schaffer said. “I think voters, particularly female voters really appreciate it.”

Last year, WIF launched a similar campaign targeted at Academy voters with an aim to create awareness for female directors. This year however, the group launched its campaign early with an eye toward the work done by women in every category. Schaffer added that last year, WIF also opened up voting to its members to name the top five female directors of the year, all of whom were acknowledged at WIF’s June gala, and the group may do something similar around the #VoteForWomen campaign this year.

But right now, the group’s goal is to boost the visibility for women working across Hollywood, and Schaffer hopes that voters in the HFPA and other awards groups start to take notice.

“One of the things we often hear and one of the things we heard from the Hollywood Foreign Press is that they’re voting for the most qualified person, but then I also hear that when I talk to different voters, they haven’t necessarily seen all the movies directed by women,” Schaffer said. “So we’re encouraging people to see all those movies and consider them.”

For the record: A previous version of this story listed one of the partnering organizations as “Women in Hollywood.” The group is “Women and Hollywood.”