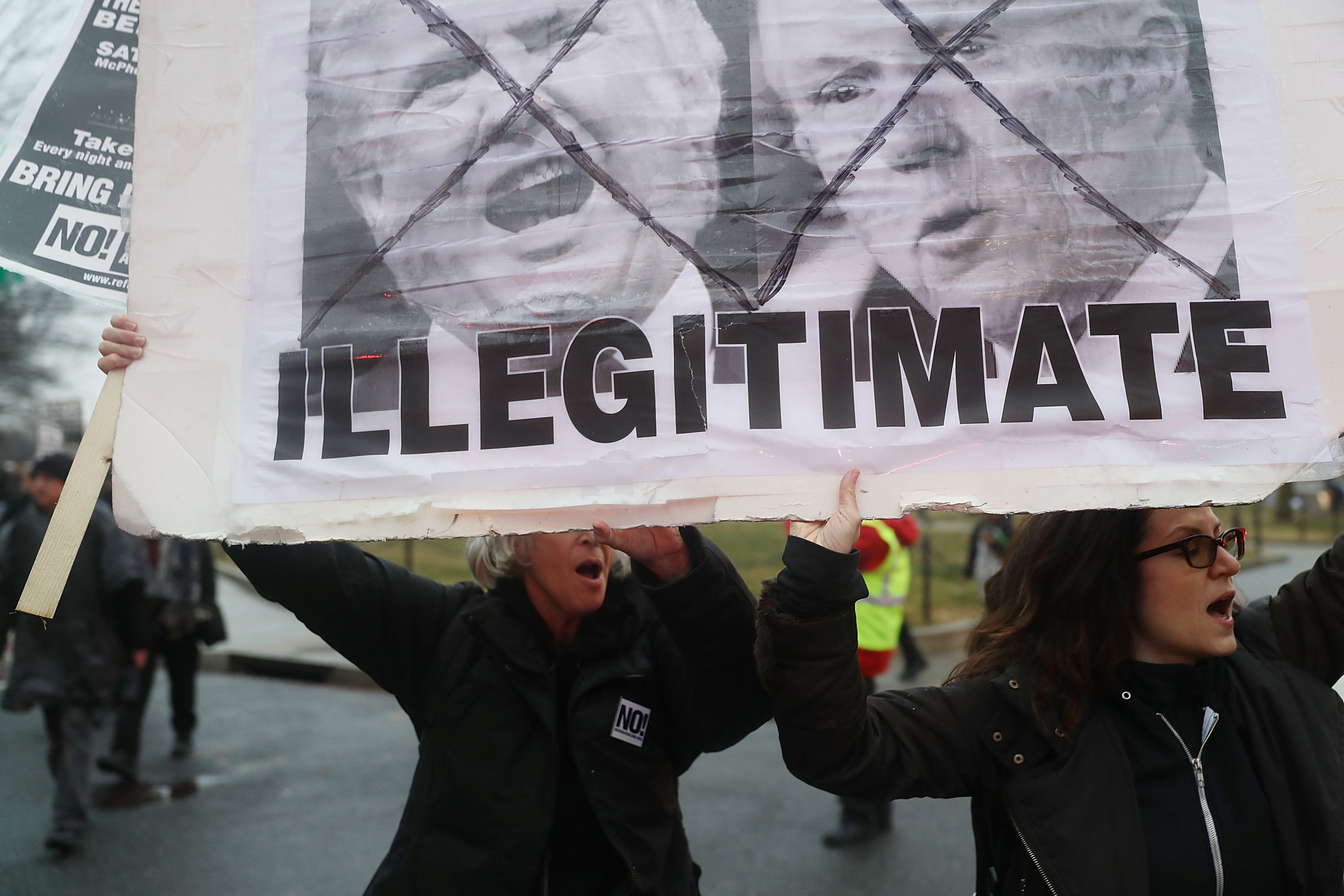 Donald Trump could be outshined by hundreds of thousands of people who will join the “Women’s March” through the nation’s capital and sister marches worldwide on the day after the inauguration.

About 215,000 people have already RSVP’ed for the Washington, D.C. march, according to the event’s Facebook page. Organizers predict the number of demonstrators could surpass the number of inauguration attendees.

Hollywood stars including Samantha Bee, Scarlett Johansson, Cher, Julianne Moore and Chelsea Handler are planning to march alongside everyday American women, all of them celebrating their shared humanity.

A link where people can say they plan to attend the Washington Women’s March was down Thursday night because it was overwhelmed with traffic. Organizers of the march say more than 600 sister marches will be held around the world, with over 1.3 million people expected to attend.

“I’m for my gay and lesbian friends and family, my Muslim neighbor, my Latina nanny and I’m marching for myself as a woman,” Eva Steortz, a marketing consultant for major studios, told TheWrap. “Most importantly, I’m marching for all the Trump supporters who still don’t get it.”

Steortz is traveling to D.C. with six female friends, all industry executives who feel “the stakes are really high.”

“It’s a huge opportunity to be part of history,” she said.

“We join in diversity to show our presence in numbers too great to ignore,” march organizers said in a statement. “The Women’s March on Washington will send a bold message to our new administration on their first day in office, and to the world that women’s rights are human rights.”

There are also fewer inaugural balls planned. Bill Clinton racked up 14 official balls on the day he was sworn in. Barack and Michelle Obama attended 10 balls when he became president in 2008. Meanwhile, Trump will attend two official balls, followed by a ball saluting armed services and first responders.

While other inaugural parades lasted more than four hours, Trump’s salute through Pennsylvania Avenue is expected to last about 90 minutes, the shortest on record.

The Trump inaugural team did not immediately respond to TheWrap’s requests for comment. But Trump himself predicted a wonderful inauguration day.

But demand for tickets this year is low, according to a Hollywood insider who helped with previous inaugurations.

A 2009 Daily News article, written days before Obama’s first inauguration, said that tickets to the event, which were supposed to be free, were “being peddled on eBay and Craigslist for up to $2,000 apiece.”

Also Read: Rebecca Ferguson Will Not Perform at Donald Trump's Inauguration After All

Yossi Rosenberg, who works for a startup company in New York City, told TheWrap he bought two inaugural tickets for $700, hoping to flip them for a profit, but was unable to find any buyers, even after advertising on Craig’s List.

“His popularity is the lowest of any president ever,” Rosenberg said, adding that now that he’s stuck with the tickets, he may end up going to the inauguration.

As TheWrap first reported, Trump’s inauguration has been marked by relatively  low-wattage stars compared to inaugurations past.

A growing list of A-list artists, including Celine Dion and Elton John, have declined to perform. Singers who have agreed to perform at Trump’s inauguration have faced a backlash.

But few seem afraid of showing up to the women’s marches.

“I want to open people’s eyes to the human rights issues,” Steortz said. “It’s important to come out and raise your voice.”