“Wonder Woman 1984” director Patty Jenkins teased fans on Friday with a new look at the superheroine’s Golden Eagle armor, one day before a new trailer for the film is expected to debut at DC’s FanDome event.

FanDome is Warner Bros.’ virtual Comic-Con alternative. San Diego Comic-Con was canceled this year due to the ongoing coronavirus pandemic.

The sequel to the hit film drops on theaters in the fall on Oct. 2. The latest trailer for the film is expected to be revealed on Saturday.

Check out the rainbow-colored, retro-inspired poster below: 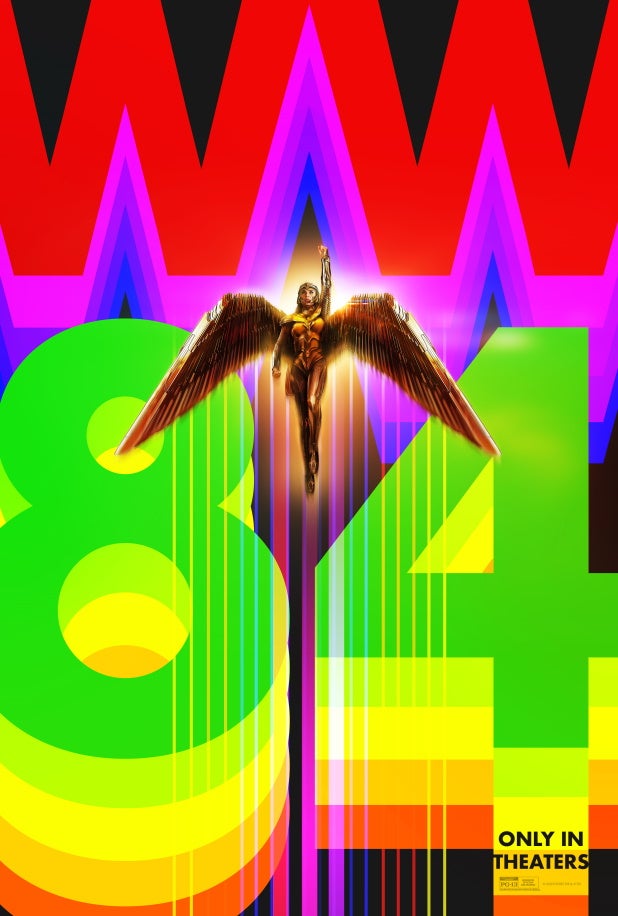 Based on the success of the first “Wonder Woman,” as well as the other recent solo endeavors in the DC Universe, Patty Jenkins’ ’80s-set sequel was expected to be a big summer blockbuster, and the hope was that it would hit $1 billion in global revenue. By comparison, “Aquaman” took in $1.15 billion based on $160 million budget, and “Shazam!” earned $366 million on a $100 million budget.

“Wonder Woman” has developed into an incredibly successful franchise for Warner and catapulted Gal Gadot to international stardom, not to mention a symbol of feminine heroism. Set during the later years of the Cold War tensions, the sequel sees Diana Prince (Gal Gadot) come into conflict with the Soviet Union and encountering a new enemy, the villain Cheetah (Kristen Wiig). The film brings back Jenkins as director and co-writer, along with actor Chris Pine as Steve Trevor. Pedro Pascal has also been cast in the film.