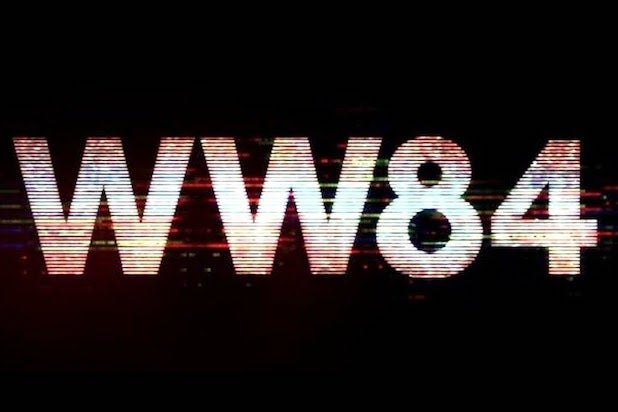 Patty Jenkins has been slowly slipping out some initial peeks at what “Wonder Woman 1984” will look like, and the latest offers fans a first look at the role Pedro Pascal will play in the DC Universe.

In a new production photo posted on the director’s Twitter account, the “Narcos” star has shaved off Javier Pena’s mustache and replaced it with slick blonde hair, a tailored blue suit, and a gold power tie. The shot of Pascal is shown through a closed circuit TV, an interesting choice considering that a previous teaser pic showed Diana Prince gazing at a stack of TVs displaying advertisements for cars, planes, and soda. Is Wonder Woman going to be confronting what mankind became during the Decade of Greed?

While Pascal’s role in the film has not yet been revealed, Warner Bros. has revealed that Chris Pine will return as the presumed-dead WWI vet Steve Trevor, while Kristen Wiig will star as Barbara Ann Minerva, the archeologist who becomes Wonder Woman’s nemesis Cheetah. A past teaser pic has shown Minerva standing in a museum amongst models of animals.