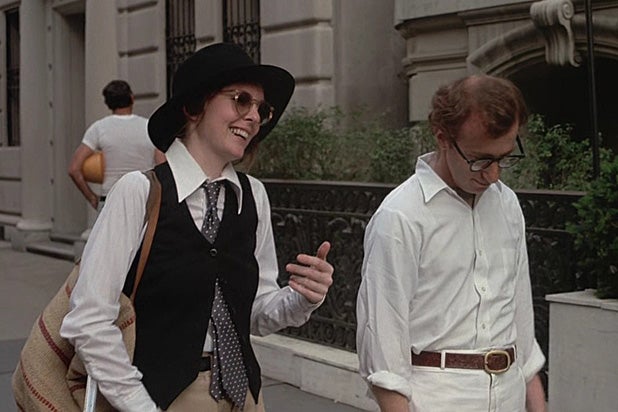 Woody Allen made a rare public appearance, in Hollywood no less, to award Diane Keaton with the 45th AFI Lifetime Achievement award.

While the classic “Annie Hall” was referenced many times during the ceremony at LA’s Dolby Theater, Allen waited until the last moment to reveal himself and hand Keaton the prize.

The evening saw many fawning tributes to Keaton’s quirky screen persona, her iconic style, her versatility in photography and interior design, but Allen went blue in his remarks.

Much more akin to a roast, Allen dinged Keaton for being dumped by “a half dozen of Hollywood’s most charismatic men,” and even referencing a bulimia revelation in one of her memoirs.

By the end of his five minute speech, however, he found kind words and gave her credit for his own success.

“From the minute I met her, she was a great inspiration to me. Much of what I’ve accomplished in my life, I surely owe to her,” Allen said to applause.

“This is a woman who is great at everything she does,” he concluded.