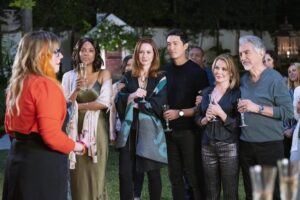 ”No legit company is going to touch him,“ one insider says

Woody Allen’s “Rifkin Festival” has been making the rounds in European theaters since premiering at Spain’s San Sebastián Film Festival last September, but has no U.S. distribution plans lined up — and according to several insiders, none is going to touch any Allen film with a 10-foot pole given the cloud hanging over the Oscar-winning filmmaker.

“There is no chance any studio is going to work with him,” one producer who spoke anonymously told TheWrap. “No legit company is going to touch him — he is going to have to work with European financiers for the rest of his life.”

“Why get in business with people who are just radioactive?” Stephen Galloway, dean of Dodge College of Film and Media Arts at Chapman University, said — adding that other men who have been accused of wrongdoing in the #MeToo era will find similar challenges in mainstream Hollywood going forward. “It’s going to be very difficult for Woody and Brett Ratner and James Franco — people like this, right or wrong, innocent or guilty — to get the support of a major company.”

A second producer agreed, saying there was “no f—ing way” a major U.S. distributor was going to want to work with Allen, especially in light of HBO’s damning docuseries “Allen v. Farrow” that explores his adoptive daughter Dylan Farrow’s accusations of molestation when she was 7. (Allen, who was never charged after two criminal investigations, has repeatedly denied her accusations.)

Reps for Allen’s most recent collaborators — Amazon Studios, Sony Pictures Classics and MGM — all failed to respond to repeated requests for comment for this story.

A spokesperson for MPI Media Group, which teamed with U.K.-based home-entertainment company Signature Entertainment to release

Allen’s previous film, the Elle Fanning-Timothée Chalamet comedy “A Rainy Day in New York,” was famously returned to him in 2019 after Amazon canceled a reported $80 million multi-project deal after Dylan Farrow’s accusations resurfaced in the #MeToo era. The film sat idle for a year before the U.K.-based home-entertainment firm Signature Entertainment picked it up and teamed with MPI Media Group for a U.S. release last October. According to IndieWire, the film grossed grossed $2,744, with an average of $457 per theater, on its opening weekend in just six theaters (none in L.A. or New York, where cinemas remained closed due to the pandemic).

A spokesperson for MPI did not respond to TheWrap’s request for comment.

But even without the pandemic, insiders say that any mainstream American distributor or major streamer will steer clear of Allen for the foreseeable future. “If you are Amazon or Netflix, you are hyper aware of the optics,” Galloway said. “You want to prevent a scandal before it reaches you. You don’t want to be in position to defend free speech and you want to deflect the problem before it gets there, so they probably won’t work with him in the future.”

Allen could also face a challenge in lining up talent — especially since stars who had been eager to add an Allen film to their résumé more recently have expressed their regrets about working with him. Chalamet and “Rainy Day” co-stars Selena Gomez and Rebecca Hall donated their salaries to Time’s Up and other organizations. “Rifkin’s Festival” leaned heavily on Spanish and French actors, including Elena Anaya, Louis Garrel, Sergi Lopez and Christoph Waltz — with Gina Gershon, Richard Kind and longtime collaborator Wallace Shawn among the few Americans in the cast.

“There’s no chance a major studio will work with him because they’ll never get actresses to work with him — it will #MeToo the studio out of business,” the first producer said. “It’s not worth it. Right now, with ‘cancel culture,’ no one is going to stick their necks out.”

Since the #MeToo movement took off in 2017, people aren’t just being held accountable for criminal behavior, Galloway said, noting that Allen was not charged even after two criminal investigations. “That is no longer the standard — the standard is, is this person guilty of exploiting women, whether criminal or not?” he said. “If so, we don’t want to be in business with him.”

One insider who has previously distributed an Allen film added: “We’re in cancel culture and no one wants to take a chance. I don’t think anyone will touch it. Woody Allen is technically innocent, he hasn’t done anything wrong, but we’re in a world now where you’re guilty until proven innocent.” 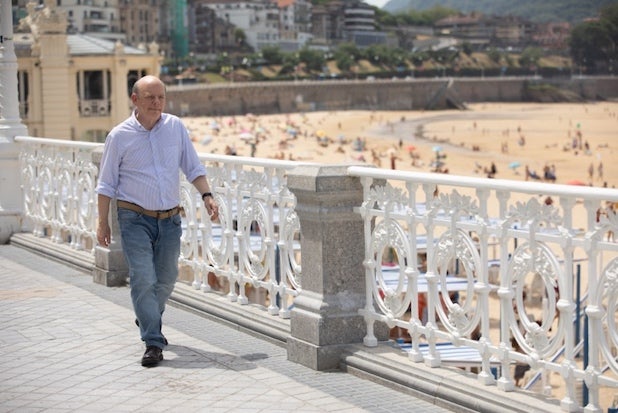 All the major studios and streaming services are also part of publicly traded companies — making them more averse to the potential for bad publicity that could lead to a shareholder rebellion far more costly than the few million dollars an Allen film would make at the box office. “It’s much easier to just say no from the get-go than explain your reasoning afterwards,” Galloway said. “The corporate world has no room for optical mistakes.”

The second producer noted the marketing challenges for any new Woody Allen film. “There’s no way to monetize that kind of film — you can’t publicize it,” the producer said.

Allen’s films aren’t exactly cash cows either. According to The Numbers, his films since 2008’s “Vicky Christina Barcelona” have grossed $165.8 million at the domestic box office. His biggest recent commercial hit was 2011’s “Midnight in Paris,” which earned $56.8 million for Sony Pictures Classics, while 2017’s Kate Winslet-Justin Timberlake period drama “Wonder Wheel” topped out at $1.4 million for Amazon Studios. Allen’s films have typically performed better overseas, and the production budgets typically come in under $25 million.

“Look at the downward trend of Woody’s box office — you are taking a huge reputational risk and going out on a limb when you don’t have to, in exchange for a tiny profit or big loss,” Galloway said.

The only viable option for Allen to get his films in U.S. theaters from now on will be smaller shops who might actually benefit from the bad press of releasing an off-limits filmmaker. “They are not going to get any significant U.S. distribution, but will some rinky-dink operation benefit from the publicity? Perhaps,” Galloway said.

The first producer added: “Smaller distribution camps could make a few bucks… but the money that they would make is probably not worth the aggravation.”