Woody Allen has announced plans to retire from filmmaking after his next and 50th movie, “Wasp 22,” which is set to begin production this fall in France.

“My idea, in principle, is not to make more movies and focus on writing,” Allen said in an interview Saturday with the Spanish newspaper La Vanguardia timed to the release of a book of short comic stories and essays. “Now I’m thinking more of a novel.”

No cast or plot details have been revealed for “Wasp 22,” which will shoot in Paris almost entirely in French, but Allen said it will be similar to his 2005 film “Match Point,” which starred Scarlett Johansson and Jonathan Rhys Meyers: “exciting, dramatic and also sinister.” 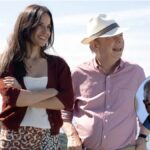 The 86-year-old Oscar-winning filmmaker’s career has faced public backlash after his daughter Dylan Farrow resurfaced allegations that he had molested her when she was 7 years old — he has repeatedly denied the accusations, including in a 2020 memoir “Apropos of Nothing,” and no criminal charges were filed after an investigation at the time.

The case has also been explored in a damning 2021 HBO docuseries “Allen v. Farrow.”

Despite the accusations, Allen has continued to make films like 2019’s “A Rainy Day in New York” and 2020’s “Rifkin’s Festival” – though both received virtually no theatrical distribution in the U.S. 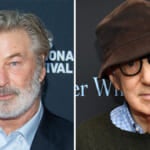 Also Read:
Woody Allen Tells Alec Baldwin His Next Film Might Be His Last: ‘The Thrill Is Gone’

In a June interview with Alec Baldwin, Allen also hinted that his next film might be his last since “a lot of the thrill was gone” for him as a director.

“Now you do a movie, you get a couple of weeks in a movie house…and then it goes right to streaming and pay per view,” Allen said. “But it’s not the same as when I went into the movie business, so it’s not as enjoyable to me as it was. I don’t have the same fun…It was a nice feeling to know that 500 people were watching it at once.”

Allen also told La Vanguardia that he does not plan to write another memoir but focus instead on comedic fiction that matches the tone of most of his movies. “If I had a very serious idea, I would not hesitate to do the same thing that I did in some of my films, the serious calls,” he said. 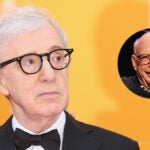