Woody Allen has posted the lowest box office opening weekend of his career with his 49th film, “Rifkin’s Festival,” grossing just $24,000 on Friday and Saturday from 26 theaters, according to box office sources.

Most of the theaters screening the film are owned by Landmark Theaters, whose flagship Los Angeles location posted the highest single theater total for the film with $2,300. Other theaters outside of Landmark’s circuit screening the film include the Quad Theatre in New York City, where the film grossed $1,600 over two days.

By comparison, Allen’s previous film “Wonder Wheel” earned approximately $125,000 from five screens on its 3-day opening weekend in 2017, when the rise of the #MeToo movement brought long-standing allegations by actress Dylan Farrow against Allen — her adoptive father — returned to the public eye. Farrow, whose brother Ronan helped expose Harvey Weinstein’s decades of sexual assaults in The New Yorker, has accused Allen of molesting her as a child in several interviews as well as in the HBO docuseries “Allen v. Farrow.” He has never been charged or prosecuted and has denied the claims. 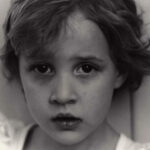 Among Allen’s few defenders are the stars of “Rifkin’s Festival,” Wallace Shawn and Gina Gershon, who have asserted their belief in Allen’s innocence, including in a lengthy essay written by Shawn and published by TheWrap last November.

Critics have been tepid about “Rifkin’s Festival,” which follows a retired film studies professor and his publicist wife, who begin separate affairs with younger artists while at the San Sebastian Film Festival in Spain. With 60 reviews logged, the film has a 43% critics and 41% audience score on Rotten Tomatoes.

“Rifkin’s Festival” was filmed in the summer of 2019, but is only getting a day-and-date release now in theaters and on digital platforms as actors and distributors have distanced themselves from Allen and the COVID-19 pandemic has forced further delays. MPI Media Group is handling distribution of the film as it did for Allen’s previous film “A Rainy Day in New York,” which had been returned to Allen after Amazon cancelled an $80 million multifilm production deal with Allen amidst #MeToo pressure. 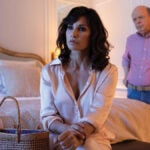