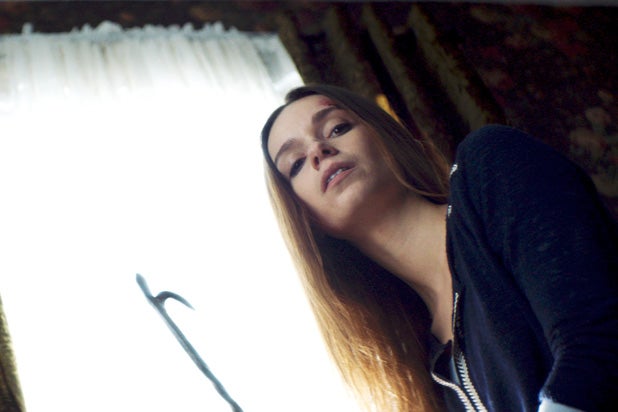 We were somewhere in the wilds of Rhode Island on a deserted stretch of road in the dead of a bitter New England winter night, and we were about to hit a man with a car — on purpose. Yet even as the driver maneuvered the vehicle into place, all I could think about was a dinner I had had years earlier in Baku, Azerbaijan, with then-U.S. Secretary of Defense Robert Gates. That, and the raging kitchen fire that had abruptly ended the dinner.

It’s a long way from Baku to Rhode Island, where I was shooting “Midnighters,” a Hitchcockian thriller I wrote and produced with my brother Julius directing (which IFC Midnight releases on March 2 in theaters and via VOD).

But that moment encapsulated one of the many applicable lessons to Hollywood I learned during five years as a speechwriter for and adviser to Secretary Gates at the Pentagon and General David Petraeus in Afghanistan: the reality of situations where there are no do-overs; the need for firm plans and the willingness to discard said plans; and the relationships with those with whom you want to, and have to, work. Here are some of those lessons:

In most jobs, make-or-break moments are few and far between. In politics and film, however, events that don’t count for anything are about as rare as a tree on the moon.

I’ve figured out PowerPoint in Italian (which I don’t speak) moments before a four-star general gave a presentation to the ministers of defense of 40 countries, and I’ve re-written a major policy address after North Korea detonated a nuclear device while we were airborne en route to the largest annual defense gathering in Asia for a keynote speech.

In the exact same category: re-writing a scene in “Midnighters” in under an hour that had to be re-shot that night in an impossibly narrow time slot.

Regardless of the stakes, there’s a Zen calmness that comes in knowing that it will get done — because it has to get done.

2. Planning is Everything; Plans are Nothing

The expression is apocryphally attributed to Eisenhower, and it speaks to the necessity of planning for any contingency, even though in all likelihood those plans will, to use another military expression, survive only until contact with the enemy.

You prep for scenes, you prep for shoots, and then — just as in actual battle — more often than not it’s all thrown out the window. I can’t begin to count the number of schedule changes we made with “Midnighters” to account for New England winter weather that took us from a foot of snow on the ground at the beginning of the shoot to 70-degree weather four weeks later.

Our assistant directors were well-prepared to pivot every time the forecast changed because they had backup plans and backups for the backups. It’s the planning process allows for strategic improvisation.

3. Choose Your Friends (and Enemies) Carefully

Hollywood and the Beltway are both networking businesses — ones in which your fortunes can change in an instant. Secretary Gates used to quip that in D.C., people often say they’ll double-cross that bridge when they come to it. The Hollywood version is that you meet the same people on the way down that you met on the way up.

In other words: Be polite, professional, and courteous, to anyone and everyone, because you never know when you’ll be the one in need of a favor.

4. Stay Calm and Listen to the Experts

Secretary Gates, his wife and a handful of staffers (myself among them) were dining at the Azerbaijani equivalent of a high-end BBQ joint. Which is the primary reason we didn’t notice that the restaurant was slowly filling with smoke — even though we did notice the semi-frantic movement of our security detail as they scurried back-and-forth to and from the kitchen.

We knew it was their job to keep us safe, and we knew they were consummate pros. So we calmly ate our dinner right up until the moment the head of the detail politely told us, in no uncertain terms, that we needed to leave — and right then. Secretary Gates may have out-ranked him by about as much as you can, but that is one order he followed without question.

We ultimately did three takes of the hit — the last one at the stunt man’s behest. And it was that shot, right as dawn was creeping over the horizon, that made the final cut in one of the most memorable scenes in “Midnighters.”

View In Gallery
BIO Alston Ramsay
Alston Ramsay is the writer-producer of the indie thriller "Midnighters." He previously worked as a speechwriter in Washington, D.C. He served as a senior adviser to Secretary of Defense Robert Gates, General David Petraeus and Secretary of Homeland Security Jeh Johnson. In those roles, he traveled to at least three dozen countries and finished it off with a year in Kabul, Afghanistan. Following that, he earned an MBA from UNC's Kenan-Flagler Business School and worked in management consulting and as a marketing executive at a start-up.

Alston Ramsay is the writer-producer of the indie thriller "Midnighters." He previously worked as a speechwriter in Washington, D.C. He served as a senior adviser to Secretary of Defense Robert Gates, General David Petraeus and Secretary of Homeland Security Jeh Johnson. In those roles, he traveled to at least three dozen countries and finished it off with a year in Kabul, Afghanistan. Following that, he earned an MBA from UNC's Kenan-Flagler Business School and worked in management consulting and as a marketing executive at a start-up.