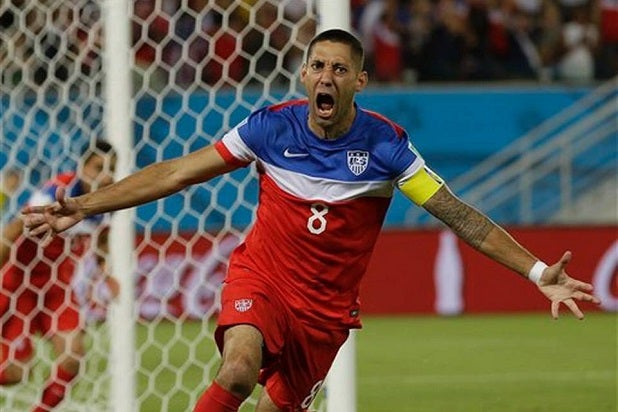 “WatchESPN set a record 1.7 million peak concurrent viewers. There were minor issues at the start of the match,” ESPN said in a statement to TheWrap. “The internet has rarely been tested like this for a sporting event.”

The match was available on other online streaming services, though, and at least one of WatchESPN’s competitors reported high viewership without any technical difficulties.

Anyone else Having issues connecting to the Watch ESPN app? #worldcup #USAvsGER

It’s unclear precisely how many people encountered issues while watching the U.S. men get shut out, but ESPN — like the USA team — will have a chance at redemption.

Even though they lost, the USA earned enough points with a previous victory over Ghana and a tie with Portugal — in a game that saw 18.9 million viewers glued to their TVs — to advance them to the World Cup’s knockout round.

Next up for the men is a match against Group H’s first-place team, possibly Belgium, on July 1, in Salvador, Brazil.

Hopefully WatchESPN will be adequately prepared.