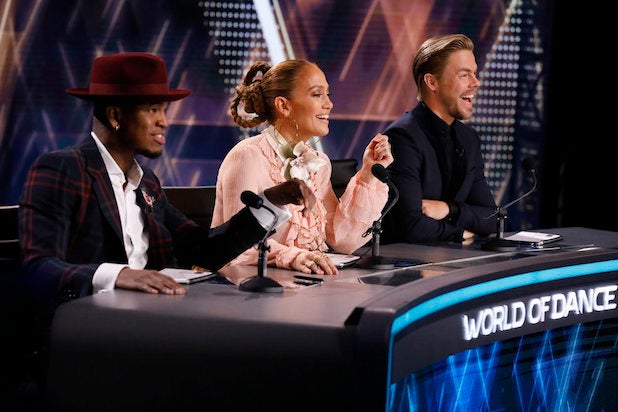 “World of Dance” has been canceled after four seasons at NBC, TheWrap has confirmed.

The Jennifer Lopez-produce dance competition series concluded its most recent season last August when the teen trio MDC 3 was named champions. The show was absent from NBC’s recently announced summer lineup, and there are no current plans for it to return to the network.

The series, from Universal Television Alternative Studio and Nuyorican Productions, puts individual and group dancers from a variety of genres and styles up against each other for the title of “Best Dancer in the World” and a $1 million prize.

Also Read: Eriq La Salle Bids Farewell to 'Chicago PD' After 'One of the Finest Hours of Television' He's Directed

In addition to her role as executive producer, Lopez also acts as one of the series’ judges, alongside Derek Hough and NE-YO. Scott Evans hosted the two most recent seasons, replacing Jenna Dewan of Seasons 1 and 2.