A host of celebs whose stars were cemented in the 1990s are heading to Food Network’s “Worst Cooks in America: That’s So 90’s,” and TheWrap can exclusively reveal the full cast taking part in the culinary fun.

Jodie Sweetin, who played Stephanie Tanner in “Full House” (and later, in Netflix’s “Fuller House”), Nicholle Tom, who played Maggie Sheffield in “The Nanny,” and Curtis Williams, who played Nicholas in The WB’s “The Parent ‘Hood,” round out the cast for the show, which premieres Sunday, April 24 at 9 p.m. ET/PT on Food Network. 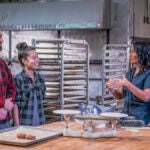 Led by mentor chefs Anne Burrell and Jeff Mauro, the celebs will be given a series of cooking challenges aimed at raising their culinary game. Among the challenges are cooking a potluck dinner and making elevated versions of classic TV dinners. “And while some dishes deserve to be syndicated, some should be cancelled,” per a Food Network logline.

Episodes this season will feature a 90’s-style game show, a tropical culinary adventure with coconuts and a retro diner cooking relay.

The two celebs who improve their cooking the most will compete in the finale airing May 29th at 9 p.m. ET/PT, where they’ll have to create a three-course, restaurant quality meal for guest judges Ilan Hall, Nilou Motamed and Ayesha Nurdjaja.

“This cast is so much fun – and most of them have never spent this much time in the kitchen,” Courtney White, president, of Food Network and Streaming Food Content at Discovery Inc., said in a statement. “The season is a nostalgia-filled blast with familiar faces, hilarious challenges and some impressive culinary transformations.” 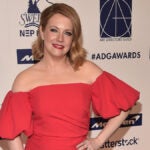 Fans can get to know the celebrity recruits and get an extended look at Burrell and Mauro’s boot camp demos at FoodNetwork.com/WorstCooks.

“Worst Cooks in America Celebrity Edition: That’s So 90’s” is produced by Objective Media Group America and All3 Media America.