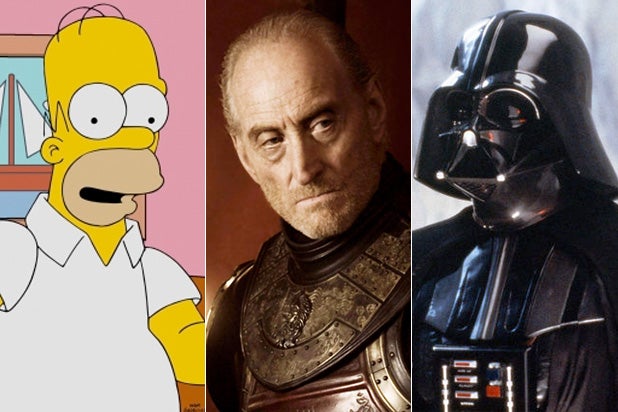 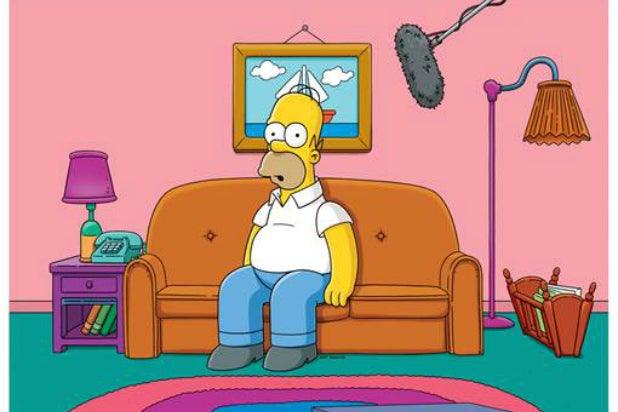 FOX
Homer Simpson, "The Simpsons"  Homer Simpson is TV's most famous dad but not exactly a role model. He may be good at heart but some of his favorite past times include drinking, laying on the couch, and strangling his son Bart whenever he gets out of line. 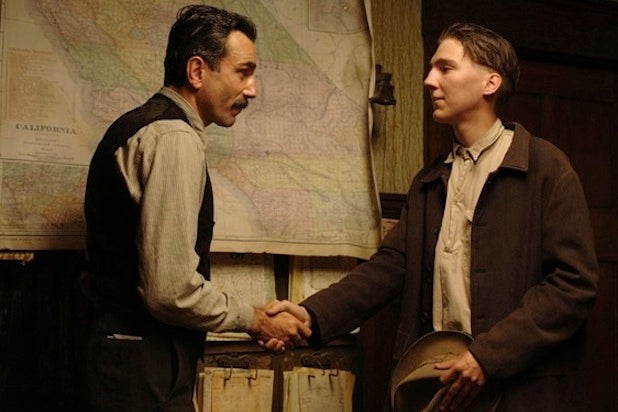 Daniel Plainview, "There Will Be Blood"  Daniel Plainview (Daniel Day-Lewis) says it straight out, "he's an oilman"; he puts family second behind his own greed. That becomes abundantly clear as his relationship deteriorates with his adopted son throughout the movie. 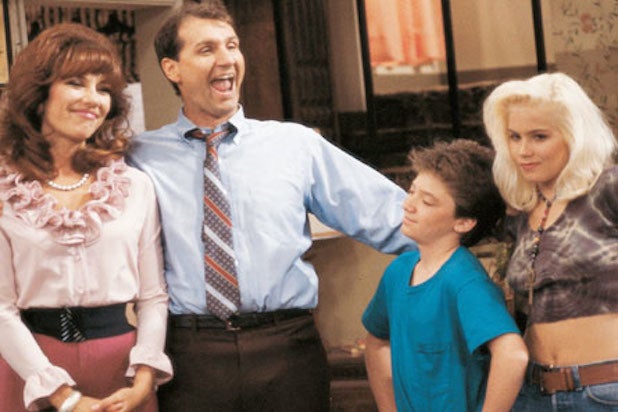 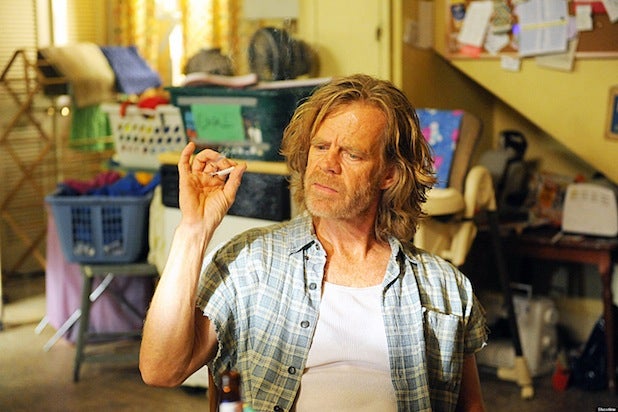 Frank Gallagher, "Shameless"  Frank Gallagher (William H. Macy) is a drunk, he scams the government, cares very little for his personal hygiene, and is the father of six kids, who he only makes life more difficult for. Highlights of Frank's escapades include convincing one of his son's he has cancer so he can try to make a quick buck out of the Make-a-Wish Foundation. 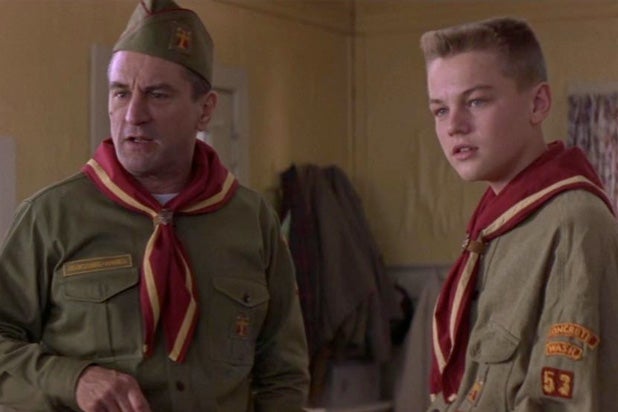 Dwight Hansen, "This Boy's Life"  Based on the true story of Tobias Wolff, Robert De Niro plays the step-father to a young Tobias (Leonardo DiCaprio) and verbally, emotionally and physically abuses him. 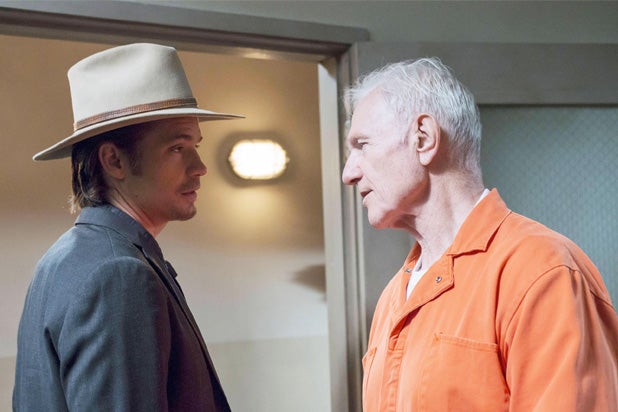 Arlo Givens, "Justified"  A career criminal, Arlo Givens (Raymond J. Barry) is pretty much the exact opposite of his son Raylan (Timothy Olyphant), constantly meddling in Raylan's investigations to help out his old crime buddies. 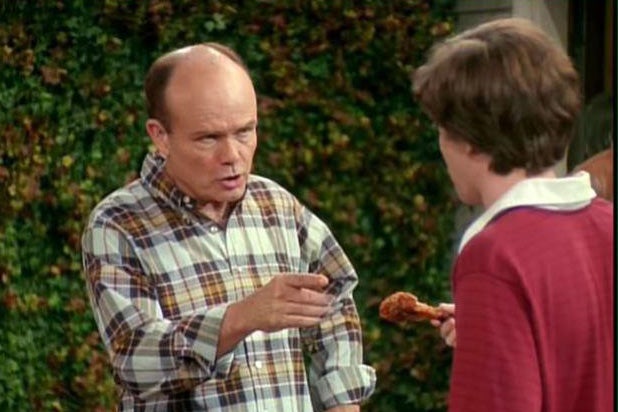 Red Forman, "That '70s Show"  Being a strict father is one thing, but Red Forman (Kurtwood Smith) takes it to a whole other level with his son Eric, or as he prefers to call him "dumbass." 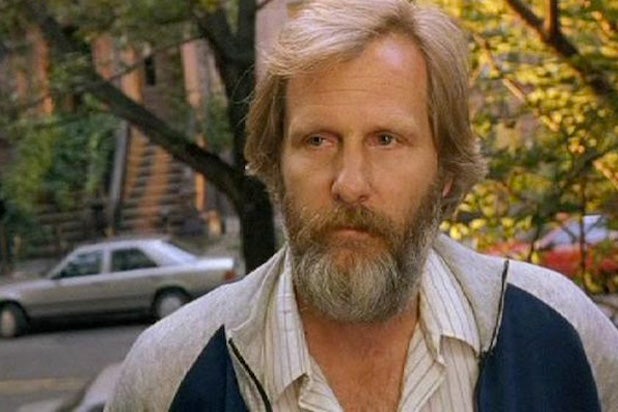 Bernard Berkman, "The Squid and the Whale"  A recently divorced literary professor, Bernard Berkman (Jeff Daniels), continually tries to force his own elite sensibilities to his young sons despite what they may actually want or be interested in. 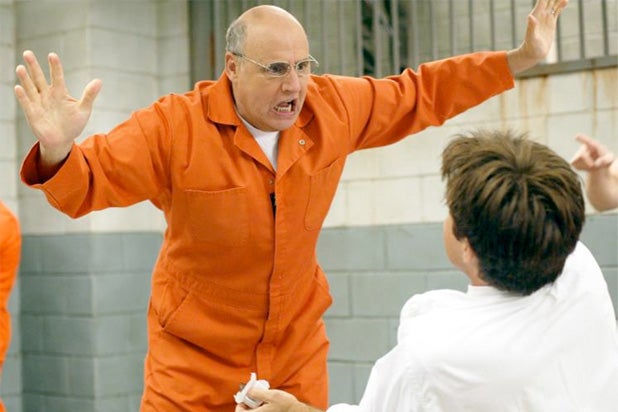 George Bluth Sr., "Arrested Development"  At the head of TV's most dysfunctional family is George Bluth Sr. (Jeffrey Tambor). The self-absorbed, sleazy, business man's most lasting gift to his children, his failed invention "The Cornballer," which isn't good for anything expect giving the kids burns. 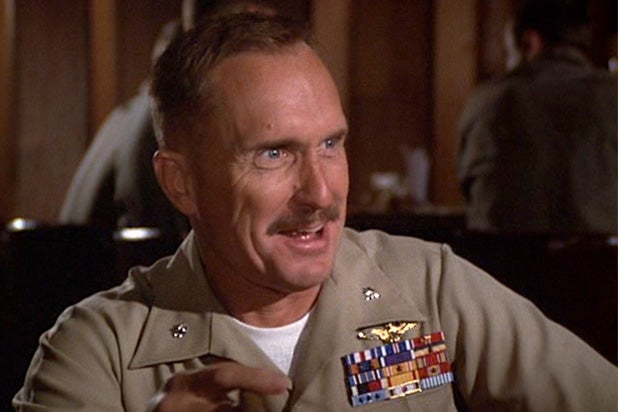 Bull Meecham, "The Great Santini"  Robert Duvall's Bull is a great fighter pilot -- but he's unable to soften his take-no-prisoners approach to his military career when he moves to the homefront. 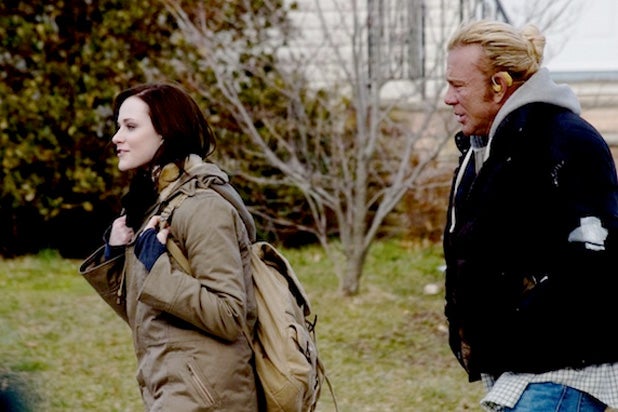 Randy Robinson, "The Wrestler"  After suffering a heart attack that forces him to retire from wrestling, Randy "the Ram" Robinson tries to reconnect with his estrange daughter. Randy can't help but to slip into his usual patterns, though, and neglect his daughter. 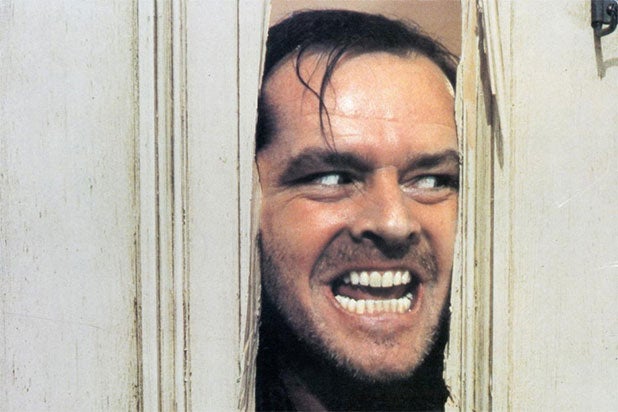 Jack Torrance, "The Shining"  All work and no play made Jack much worse than a dull boy. Jack goes on a murderous rampage after his wife and young son while care-taking for an off season hotel. Not exactly an ideal family vacation. 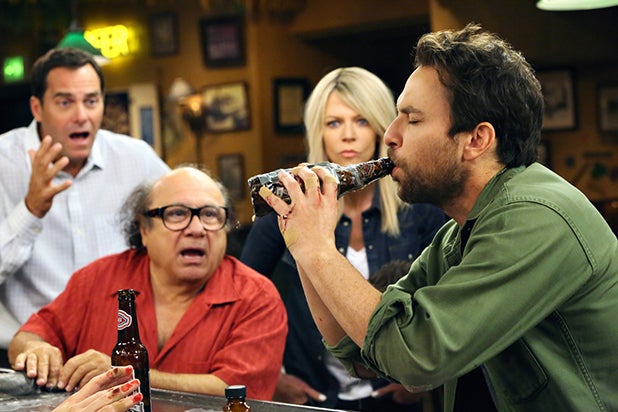 FX
Frank Reynolds, "It's Always Sunny in Philadelphia"  After years away from his kids, Frank (Danny DeVito) is much more interested in being a member of their group of friends than offering any parental advice. 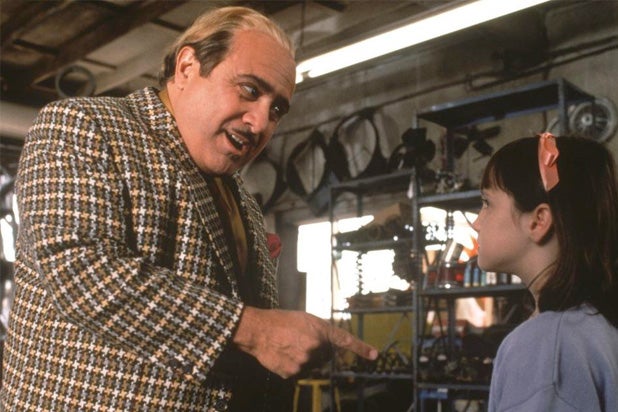 Mr. Wormwood, "Matilda"  Danny DeVito has another character worthy of this list. Always looking for the next scheme rather than paying attention to his daughter, it's hard to argue when Matilda super glues her father's hat to his head. 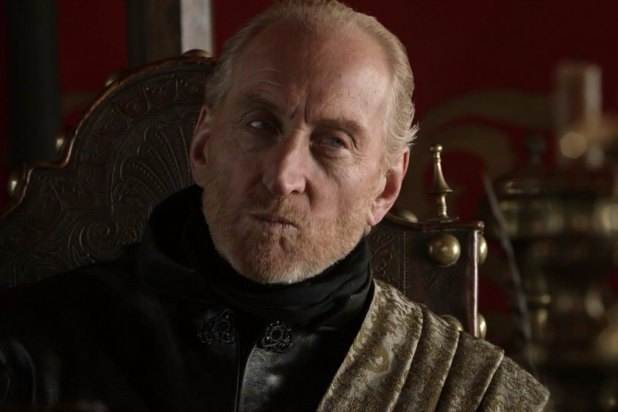 HBO
Tywin Lannister, "Game of Thrones"  For a man who says that he does everything for the betterment of his family, he sure is awful to his kids. If you want a pat on the back don't go running to Tywin, he's more likely to belittle you. 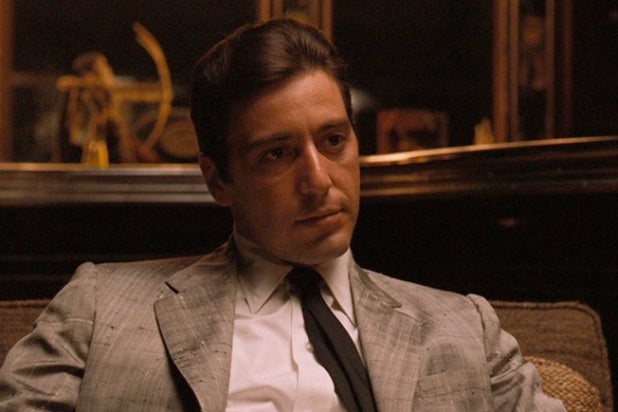 Michael Corleone, "The Godfather"  Another father who only wanted to help his family is Michael Corleone. His actions came back to haunt him though when "the family business" results in his daughter's death. 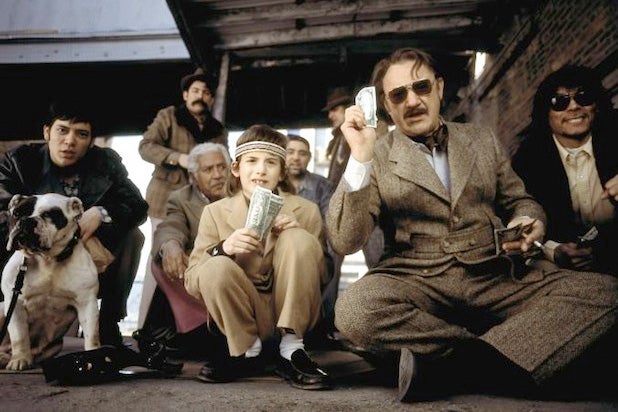 Royal Tenenbaum, "The Royal Tenenbaums"  Having not seen any of his family since he and his wife divorced, Royal Tenenbaum pushes and shoves his way back into their lives just for a place to live. Gene Hackman won a Golden Globe for his performance as the insensitive patriarch of the Tenenbaum family. 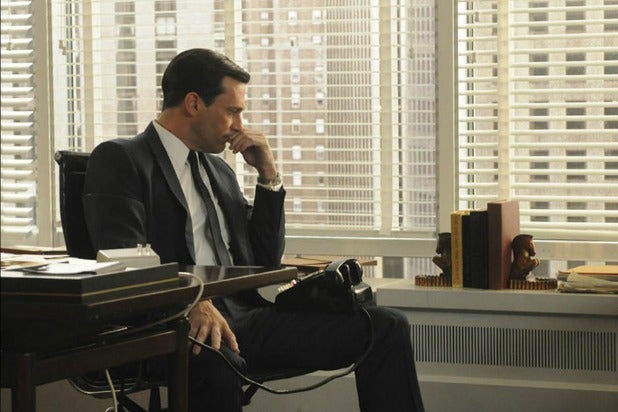 AMC
Don Draper, "Mad Men"  Draper (or Dick Whitman, technically) has kids -- he just rarely sees them. He is such a absent dad that Sally and Bobby were once home alone in his apartment while it was robbed. Child support aside, Draper is not what you would call a "family man." 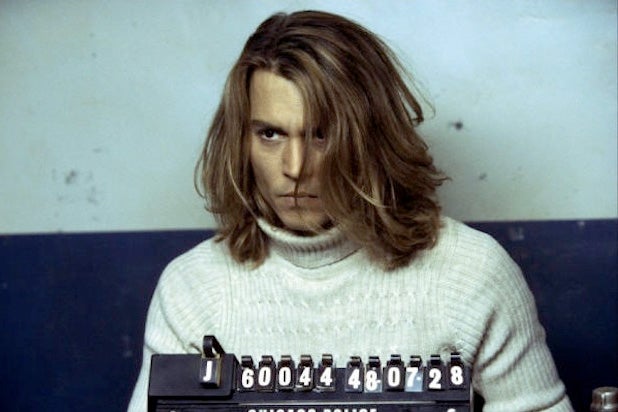 George Jung, "Blow"  "Boston George" had a baby girl and got sober cold turkey. If you saw the mountains of cocaine that Jung vacuumed through his nose, you know how dramatic a step that truly was. His daughter became his "heart," and he couldn't live without her. But Jung ends up breaking a huge promise to Kristina when he gets busted one last time. 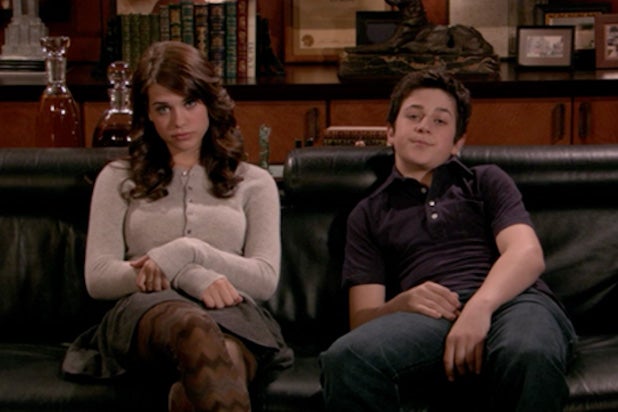 CBS
Ted Mosby, "How I Met Your Mother"  He told his kids the same story for nine long seasons -- and then sucker-punched them in the end. And you thought your Dad was long-winded. 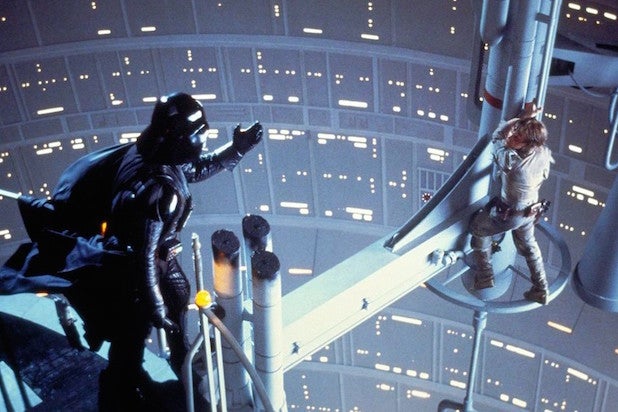 Lucasfilm
Darth Vader, "Star Wars" In one of the greatest twists in film history, Darth Vader revealed himself to be Luke Skywalker's father. His first act of fatherly love: cutting his son's hand off. 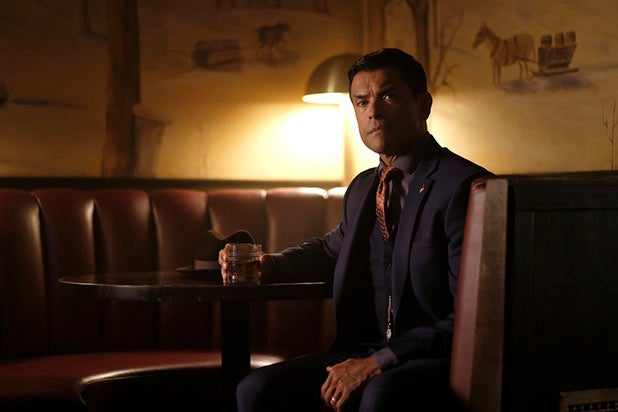 The CW
Hiram Lodge, "Riverdale"  On The CW's less-than-wholesome adaptation of the classic Archie Comics, Veronica's father is a suave drug kingpin responsible for Riverdale's fizzle rock epidemic who also framed her boyfriend for murder and, at one point, challenged him to a bare-knuckle boxing match for reasons still unclear. 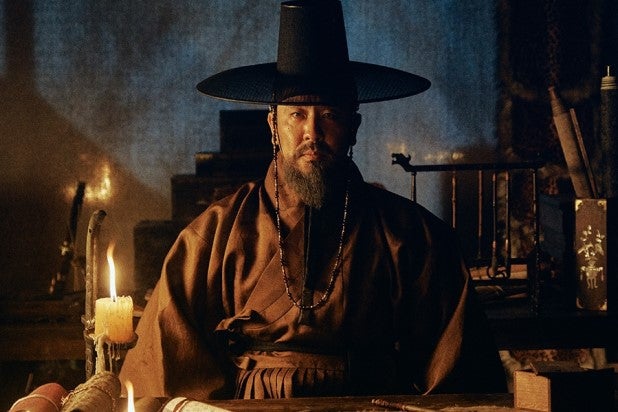 Netflix
Lord Cho Hak-Ju, "Kingdom" Whether he's scheming to get his daughter to take over the  throne or sending his son out to murder the rightful heir, Lord Cho Hak-ju is willing to do just about anything to ensure his family is in power.
x
Looks like you're enjoying reading