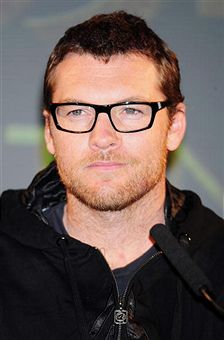 Worthington will also make his debut as a producer on the film, which will be set in the future after humans have abandoned the Earth.

"Battlestar Galactica" writer Mark Verheiden’s screenplay follows Quatermain as he returns to the planet from a so-called "sojourn" in space and embarks on an international adventure. Sean Connery previously portrayed Quatermain in the awful "League of Extraordinary Gentlemen," while Richard Chamberlain also played the literary hero in two forgettable films.

I still don’t see the point of trotting out old heroes for modern blockbusters that are meant to appeal to teens who have no idea who Allan Quatermain (or Buck Rogers for that matter) are, but what do I know besides the fact that this project sounds like a fairly lame idea.

"Smallville" creators Alfred Gough and Miles Millar will also produce the currently-in-development project, which has no director attached at the moment.

After starring in the highest-grossing film of all-time, Worthington has seen WB’s "Clash of the Titans" remake gross more than $454 million worldwide.

The Australian actor is also attached to star in the bigger-budget films "Dan Dare" and "Dracula: Year Zero," ensuring that there will be plenty of Worthington-inspired action figures for years to come.