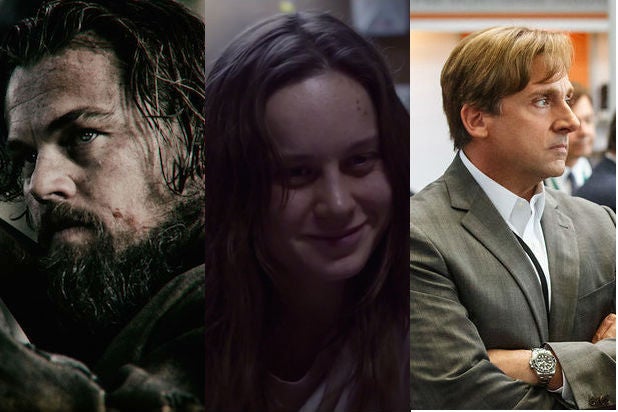 With the Golden Globes behind us, most people are turning their attention to the Oscars, with the biggest prize of all looming at the forefront: the Academy Award for Best Picture. But which film deserves it?

Is it “The Revenant”? Boasting a tour de force performance by Leonardo DiCaprio and backed by stunning visuals and direction, it could be the major awards player this season.

“The Big Short” took everyone by surprise, with Adam McKay taking what could have been “Moneyball 2” and delivering an energetic, stylized take on the greed, corruption and incompetence surrounding the 2007-2008 housing bust. Everything about the film excelled, but will it be enough?

Will “Room” be the dark horse to unseat the favorites? Seen by some as a surprise nomination in a crowded year, the indie drama could be championed as a quiet masterpiece along with Brie Larson‘s Oscar-favorite lead role.

Vote today for the 2016 Academy Award for Best Picture.