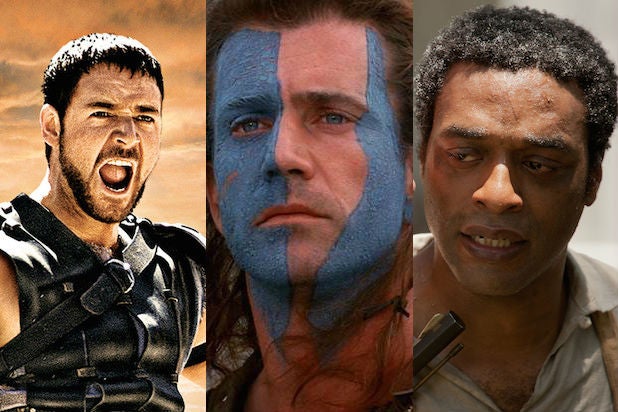 It’s no small coincidence that studios plaster “Based on a true story” whenever a film adapts true events, especially when Oscar season comes around.

There’s something about a true story that grabs our attention. It’s more inspirational, somehow, to remember that the events actually happened, these particular people really lived. They’re not fictional, not fake, not some creation from a writer’s imagination. When we watch the sadness and joy that real people experienced, our sadness and joy are somehow all the more enhanced by it.

“12 Years a Slave” sticks closer to the source material than most films, and is all the more horrifying for it. Nothing feels fake about the terror that Solomon Northup goes through as he is stolen from his family and sold as a slave, witnessing the brutality of Southern “gentleman farmers” firsthand.

“Braveheart” tells the story of William Wallace, a Scottish warrior who leads his people against the English invaders who have inhabited their country for years. While much of Mel Gibson‘s Wallace is certainly embellished (he most likely did not bed the prince’s wife or scream “Freedom!” every chance he got), the spirit of his life story was generally thought to be honored by the film.

Then there’s “Gladiator,” which…all right, if we’re honest with each other, very little about “Gladiator” is true. Marcus Aurelius was not killed by his Commodus, who in turn was not killed in the Coliseum (he was, however, assassinated by a slave).

Although the film does an excellent job in transporting the audience to ancient Rome, it was also greatly anachronistic and later derided by historians. Still a great film, though.

Vote now for the best Oscar-winning movies based on true stories.

The Best Oscar-Winning Movies Based on True Stories