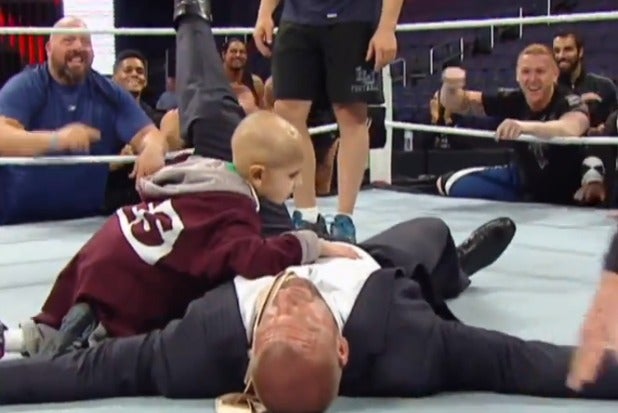 Wrestlers take a lot of fake falls, but the one Triple H took to make a terminally ill boy’s dream come true may be the most impressive.

The week before the event, the WWE invited him to a Monday Night Raw event where he walked down the ramp to the ring as his favorite wrestlers chanted his name. In the ring, he went by Connor the Crusher.

Once Connor crossed through the ropes, s0-called bad guy Triple H — who isn’t fooling anyone after this — told Connor to hit him. He didn’t want to, but when he finally did, Triple H went down hard, and Connor pinned him for the three count. The wrestlers went wild.