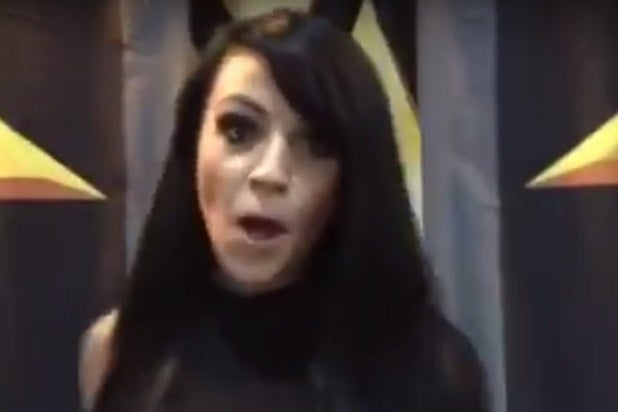 Zahra Schreiber is down for the count as far as the WWE is concerned.

Schreiber, who had been a wrestler with the league’s developmental arm NXT, has been cut from the WWE, after it was revealed that she posted an image of a swastika on her Instagram account.

In a statement provided to TheWrap, the WWE said that Scheiber, the girlfriend of wrestler Seth Rollins, was cut loose for “inappropriate and offensive remarks.”

“WWE released Zahra Schreiber due to inappropriate and offensive remarks she made that were recently brought to our attention,” the statement reads.

According to Cageside Seats, Schreiber posted an image of a swastika on her Instagram page in May 2012, prior to joining the WWE.

She also posted an image of a My Little Pony-type character sporting a Hitler mustache and a swastika armband.

The posts have since been deleted, but not before they were immortalized by the Internet.