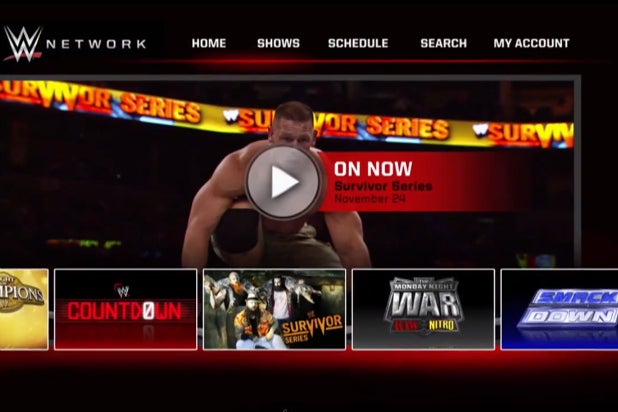 WWE Network unveiled the programming lineup Monday for its all-important WrestleMania Week, which includes the 2014 WWE Hall of Fame Induction Ceremony and an expanded two-hour “WrestleMania Pre-Show” and “WrestleMania 30.” The events will stream live from New Orleans.

The first-ever 24/7 streaming network’s week kicks off with a press conference in New York City, then turns to analysis for the upcoming event and replays of previous ones.

As the premiere event of the publicly traded company, “WrestleMania 30” should prove to be a very important early test for the new subscription-based network. The schedule for the encompassing week is below:

“Legends of WrestleMania”: Fri., April 4, 10 p.m. ET
Show will feature a round table discussion with “WrestleMania” legends as they look back at their greatest big match moments.

During the second hour, WWE Tag Team Champions The Usos will defend their titles in a Fatal 4-Way match against Los Matadores, Ryback and Curtis Axel and The Real Americans, exclusively on WWE Network.

WWE Network is available for $9.99 per month with a six month commitment. It can be used through the WWE App on TV and iOS via connected devices. It is also available on Amazon’s Kindle Fire devices, Android devices, as well as on desktops and laptops via WWE.com.