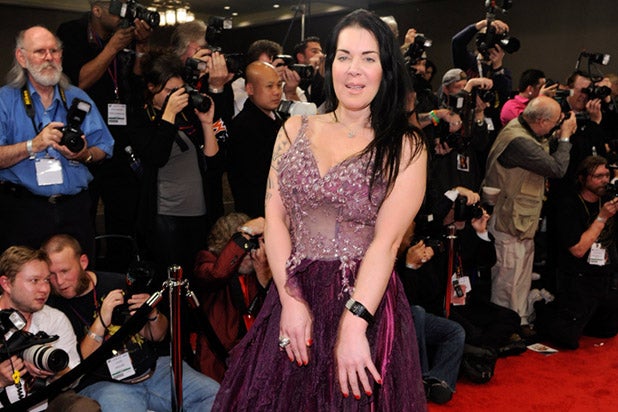 Chyna’s brain will be donated to science for the study of CTE following the former WWE Superstar’s death on Thursday.

The 45-year-old wrestler’s manager Anthony Anzaldo said Dr. Bennet Omalu reached out following Chyna’s death after having previously spoken to the wrestler about studying the effects of her career on her body. Anzaldo said he’s in the process of getting permission from her family.

“When she died, they called me again and asked, ‘Can we have her brain,'” Anzaldo told the New York Daily News. “My hope is that we can do it.”

“We want to donate her brain. We want to know what made Chyna tick,” he said.

Dr. Omalu was recently portrayed by Will Smith in the highly acclaimed film “Concussion,” which details his discovery of chronic traumatic encephalopathy (CTE) and the presentation of his findings to the NFL.

Chyna, whose real name was Joanie Laurer, was found dead in her home in Redondo Beach, California, on Thursday by Anzaldo. The manager said she was in bed near two prescription bottles — one for Ambien and one for an anti-anxiety medication.

“There was nothing illegal. No alcohol. It was just those two prescriptions she was legally taking,” Anzaldo said. “I saw no indication of foul play, no vomit, no blood. She was just lying there peacefully. Of course she’s had issues and posted things (online), but I just don’t think it was intentional.”

A message on Chyna’s official Facebook page confirmed the wrestler’s death on Thursday, telling fans: “It is with deep sadness to inform you today that we lost a true icon, a real life superhero. Joanie Laurer aka Chyna, the 9th wonder of the world has passed away. She will live forever in the memories of her millions of fans and all of us that loved her.”