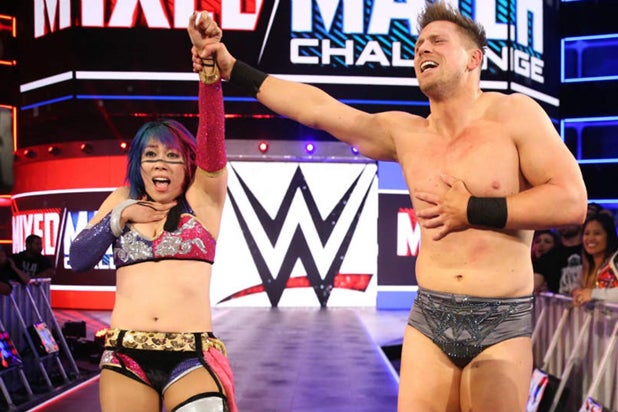 “Mixed Match Challenge” will return for a second season on Facebook Watch on Sept. 18, WWE announced on Tuesday.

Last season’s champs The Miz and Asuka will return for the second outing, as will Braun Strowman and Alexa Bliss; Jimmy Uso and Naomi; and Rusev and Lana. Each of the 14 half-hour episodes will feature two matches and an interactive pre-show.

“We’re excited to partner with WWE to bring back Mixed Match Challenge for a second season and introduce the series to fans in 10 new countries,” said Devi Mahadevia, Facebook North America Live Sports Programming Lead. “This season will build off the success from the first one, with fresh interactive elements designed to bring fans even closer to the action and their favorite Superstars.”

The Miz and Asuka