There will be no more “waits” at top-shelf Las Vegas nightclub XS.

Jesse Waits, the brains and boss behind Steve Wynn’s club — the top revenue generating nightclub in America three years in a row — confirmed to TheWrap that he is taking a new executive role at the Alon, a proposed Las Vegas Strip resort slated to open in 2018.

Of his 17 years in the nightlife industry in Sin City, Waits is largely credited as the architect of Wynn’s cash-cow nightclub boom over the last 10 years, serving as the managing partner of both XS at Encore and Tryst at Wynn. The track record earned Waits and XS a meaty New Yorker profile asking the question, “Can Las Vegas make more money from dance music than from gambling?”

XS and Tryst raked in $125 million in 2014, according to Nightclub and Bar magazine.

“I’m ready to be in a bigger position and grow and be a bigger piece of the puzzle, developing and pioneering (hospitality brands),” Waits told TheWrap. He will have equity in the resort. 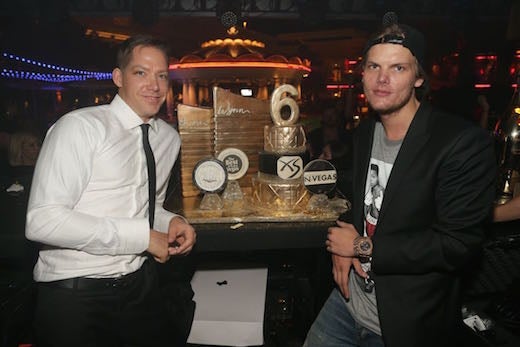 Waits’ official last day with the Wynn was last Friday, though Las Vegas media reported his departure last month. He officially began the very un-nightlife-friendly schedule of mega-resort development at 8 a.m. this past Monday. With a title still yet to be cemented, Waits will report to Andrew Pascal — founder, CEO and co-chairman of Alon Las Vegas.

“For many years we’ve had the pleasure of watching Jesse Waits play a central role in shaping the nightlife experience in Las Vegas. His standing in the industry, his uncompromising execution, and his reputation as a progressive leader make him the perfect addition to our team,” Pascal, who himself was once a Wynn executive, said.

“I had been offered a lot of different things,” Waits said. “I did not take anything serious until I met with Andrew and (COO) Rob Oseland and then to me it was like a no-brainer. It’s not about the money or the power to me. It’s about being successful and being part of a long term career.”

Also Read: 'We Are Your Friends' Review: Zac Efron Spins Through a DJ Drama Low on Ideas-Per-Minute

There is little known about the exact plans for the resort on the site of the former New Frontier Hotel. Preliminary filings with county officials indicate a nightclub, a black box theater, and a movie theater, amongst other attractions.

“The last few years, Vegas has been evolving in to this big mega club thing,” Waits said. “You have 10,000 people (in the room). It’s more like a concert, and less vibey. The whole dynamic of nightclub is that you kind of socialize and be around each other and meet people and have fun and spend time with groups, not necessarily jammed in to a space watching a show. So I think the whole market is getting back to a space where it is comfortable for everyone again.”

Only one day in to the job, Waits was not ready to commit to plans.

“I don’t want to put a stake in the ground just yet. It will be nightclubs and dayclub and things that drive the social scene of the empire basically.”

The Alon has not yet begun construction, but is scheduled to open in the summer or fourth quarter of 2018.